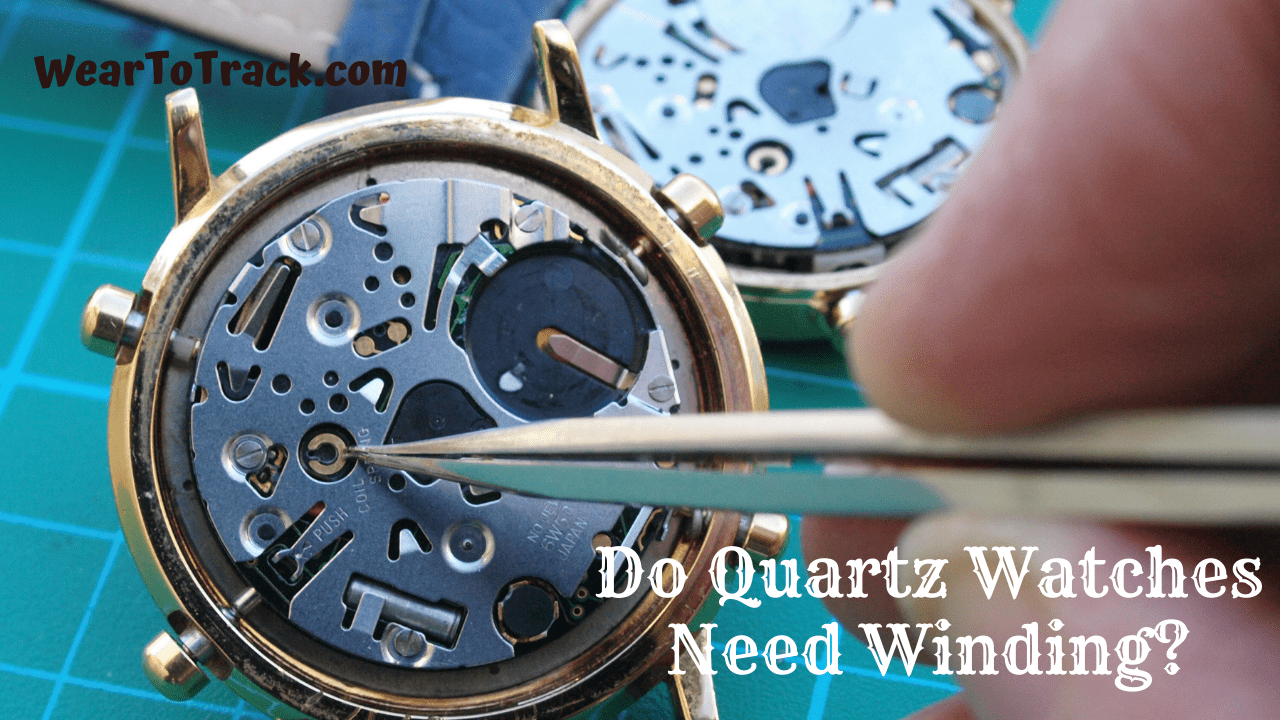 Quartz watches are a popular choice all over the world. And a lot of watches require winding to function correctly. Now, in case you have a quartz watch, you might ask yourself sometimes about do quartz watches need winding.

Quartz watches generally operate with the help of a quartz crystal. These watches are usually run by a battery. Hence, quartz watches do not need winding to run.

Another post that will interest you is about the Top 15 Best Quartz Dive Watches In 2022.

Also, we will try to explain the process of winding a watch as well as why some watches need winding.

What Does Winding a Watch Mean?

However, the tension in the spring lessens with time. So, the spring needs to be wound up by the user. This process of adding tension to the coiled spring is called winding.

Why Do Mechanical Watches Need Winding?

Why Do Quartz Watches Not Need Winding?

Let us describe the components that a quartz watch is comprised of and how they function.

Quartz crystal is one of the main components of a quartz watch. This crystal oscillates upon receiving electric energy. The spring of a mechanical watch unwinds with the dials. However, quartz crystals oscillate to move the dials. That’s a reason why quartz watches do not need winding.

Quartz watches have an electric circuit inside them. These electric circuits measure and simultaneously convert the pulses sent by the oscillating quartz crystal. The converted signal is then sent to the dials, causing them to move.

The main component of a quartz watch is its energy source. Without it, the quartz crystal would not oscillate. As a result, the watch will not function at all.

The energy source of a quartz watch sends electrical power to the quartz crystal. This power causes the crystal to oscillate, which in turn, runs the watch.

What Type Of Watches Need Winding?

Ans: The watches which have a spring tightly wound inside need winding. This is the case for all mechanical watches.

Why Do Quartz Watches Stop Working?

Ans: Quartz watches can stop working for various reasons. One of the reasons is poor maintenance. In some cases, corrosion and oxidation form near the battery. This in turn causes the motor to stop. That’s why quartz watches stop working.

How Long Do Quartz Watches Last?

Ans: Typically, a well-maintained quartz watch lasts for about 20-30 years. After that, the electronic components start to wear out.

Do All Quartz Movements Tick?

Ans: All quartz watches tick because of their oscillator. The loudness depends on the number of oscillations in a second.

We hope that we have answered the question regarding do quartz watches need winding. As described above, the answer is no.

We have described how winding works and why you need to wind your watch. Also, we explained the mechanism of a quartz watch for better understanding.

If you read the article thoroughly, you must have understood the reason why quartz watches do not need winding.

We have tried to cover the maximum possible aspects related to the matter of whether quartz watches need winding or not. We sincerely hope that reading this article will satisfy your query regarding this matter.

We wish you all the best.