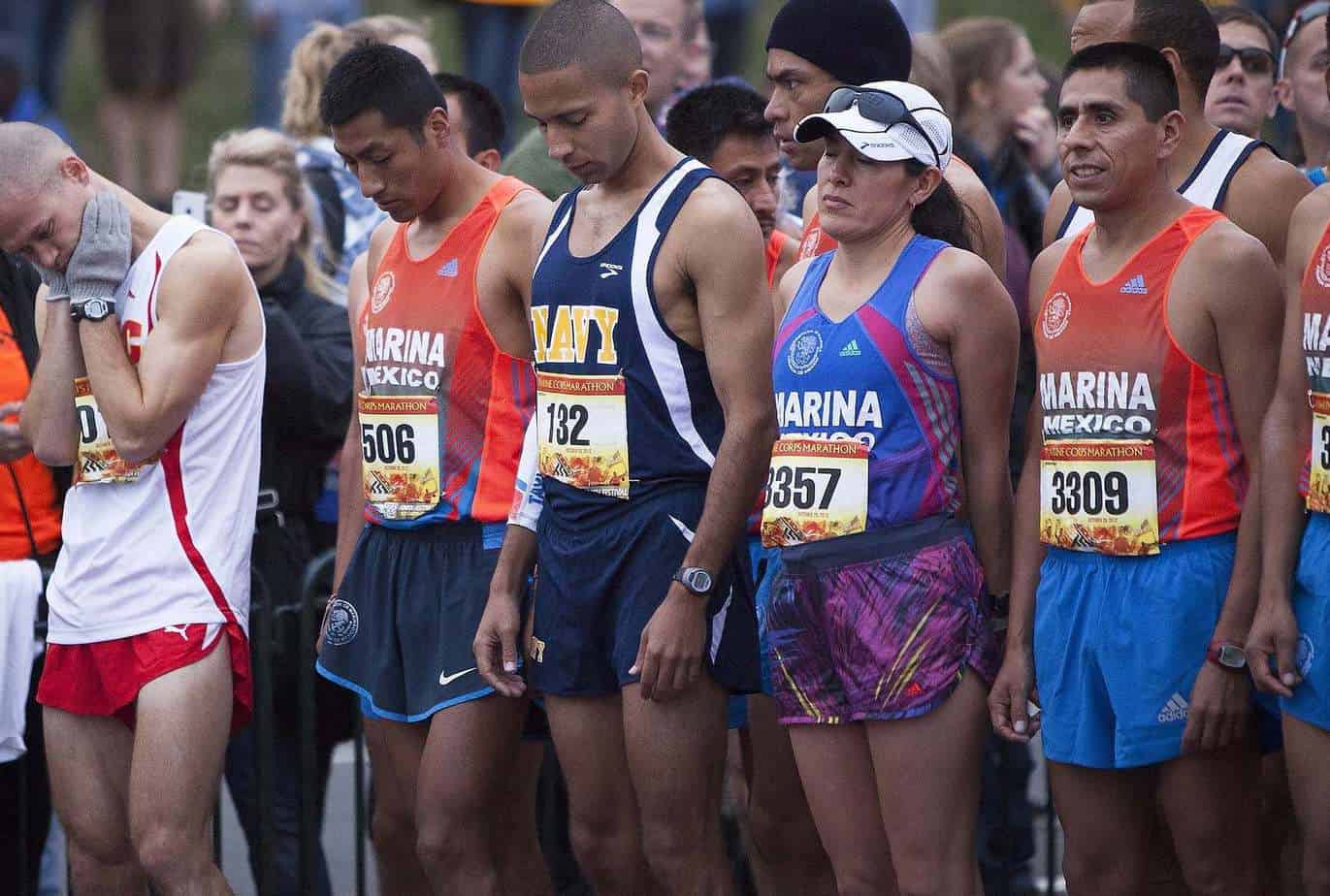 I have been wondering what smartwatches do famous marathon runners use and prefer and so I have researched it.
The answers are in the article.

The most important thing about sports and fitness is motivation. Most of the athletes of today were inspired by the famous athletes who were doing something special when growing up.

We relate the most to an athlete when we see something similar in that athlete. That becomes a source of motivation for us to do the same and try to achieve the same kind of success as that athlete.

Of course, not everyone becomes that successful, some of these attachments are only to the extent of watching sports. However, the majority of amateur players tend to follow the pros, very closely.

This is because of their constant thirst to become better, maybe turn pro, and also because they are not only sitting and supporting their favorite athlete, they are actually trying to be more like him, by replicating or trying to replicate what he/she does in the field.

It is very common especially among the amateur runners to learn from, and imitate the pros they look up to.

Be it marathon running or sprints, it is important to see what kind of equipment is used by such runners.

There are a lot of reasons behind this, first one being motivation, another is usually the fact that they are the best in their field, so their judgment of equipment is definitely going to be better than ours.

So, today, we will be exploring what kind of smartwatches are used by competitive runners. This not only includes the marathon running but also sprints. We will also look at some of the famous marathon runners and the watches used by those marathon runners.

For this purpose, it is important to get a watch that will track your heart rate, GPS in real-time, plus other metrics like pace, cadence, vertical ratio, etc.

For marathon running, the most important things to consider are; battery timing during GPS usage, accuracy of the metrics being calculated by the watch, actionable metrics (this includes heart rate monitor, altitude calculator, and some navigational features can be very useful too), comfort, also is probably the most important consideration.

What Smart Watch Do Marathon Runners Use? The pros Picks

This brings us to the real question, which product is used by the famous marathon runners? There was an online survey conducted on the same question, 3 years ago.

The consensus was that the majority of the athletes at that time did not use smartwatches, especially for marathon running.

However, the trend was that most of them were joining the tide and were beginning to use technology, more.

However, currently, Amanda Nurse, who completed the 2016 Olympic Marathon trials and also finished the Boston marathon while being 13 weeks pregnant, has been known to using Garmin products for marathon running.

That is a pretty big compliment to Garmin and its products. Ben Flanagan, who took home gold in the Canadian National 10,000m Championships, is also a fan of Garmin. He uses the Garmin Fenix 3. It’s about time he upgrades on that!

Aisha Praught Leer who represented Jamaica in 2016 Rio Olympics is a user of the Polar Vantage V, while the world record holder for the four-by-one-mile relay, David Ribich uses Garmin Forerunner 945.

So, I guess we can conclude that Garmin knows a thing or two about making smartwatches!

Let’s talk a bit about the most popular brands and watches for runners!

This makes the list only on the basis of being cost-effective. Some users have reported it to be quite accurate in its metrics, which is a surprise considering the Fitbit Versa 2 was made only for casual runners and people who focus only on normal workouts and do not plan to go overboard like the pros.

It has a wonderful screen, and it is very comfortable to wear, too. Fitbit Ionic is a better option if you want to stay within that family of smartwatches.

The heart rate monitor seems to work more accurately once you start an intense activity, and lags during lower intensity sessions.

It has altitude calculation, as well, it will count flights if you climb some steep slope.

Probably the best feature of the Fitbit Ionic is the fact that it tracks your sleep, as well. Not just the amount of sleep you have had, rather the quality of sleep, differentiating your REM sleep, light sleep, and deep sleep.

Sleep is, after all, an important thing to track, especially, for an athlete. It not only recharges you, but good sleep is also a sign of better health and that is one of the most important traits for an athlete.

This is Garmin’s bestseller with the best reviews from its users, it is the complete smartwatch for runners.

Garmin excels in making smartwatches, especially, for physical activities. That is one of the major reasons why you will find Garmin watches on every smartwatch list.

The Garmin Forerunner 245 has an amazing battery life. It also comes with the latest generation heart rate monitor.

This is something that is not added in the older versions of the Garmin, that is one of the major reasons why you should opt for the Forerunner 245 if you are currently looking to buy a smartwatch for running.

It is basic advice to opt for a smartwatch that is technologically superior to the rest, considering one does not always upgrade on their watches. It weighs less than 40g, which is a lot less than most watches that seem to offer the same kind of specs.

That is a huge plus to the smartwatch considering it is comfortable and light to wear. That is ideal for marathon running, of course.

It may not offer the same range of metrics that are offered by the Polar Vantage V or the Garmin Fenix 6 Pro, but for its price, it’s a monster.

It also supports the Garmin Coach, which is a training guide, that will train you up to half a marathon, within a certain time limit. That is certainly one of the major pros of having a Garmin, their apps are fantastic!

Polar Vantage V is a brilliant piece of technology. It competes with the likes of the Garmin Forerunner 945 and the Suunto 9 Baro, but at the same time, it is cheaper than those two.

The touchscreen on this bad boy is pretty big and fabulous, and is protected by Gorilla Glass lens and has nine sensors on its back making it just under 70g in weight.

This gives you the assurance that you are wearing something, at least. It has a good battery timing, around 40 hours during training, which means even for pros it could last a week on two charges.

The downside is probably with the extra buttons, they may seem confusing and excessive in the beginning, but it is all about getting used to them. Like most Polar watches, it refuses you to allow to blend in, it will make you stand out!

On the outlook, it looks almost exactly like the Forerunner 935, but it’s the insides where it has been changed.

It comes with a Sony GPS chip, the new Elevate HR sensor, which works extremely well even under wet conditions.

The battery life manages effectively on GPS, too, which is a huge upgrade on the 935.

These do not necessarily feature that would appeal to pros but Garmin’s focus with the 945 is making its best product appealing to the casual buyers as well.

Honorary mentions to the Garmin Fenix 6 Pro and the Suunto 9 Baro. The Fenix 6 Pro has a clearer display and allows for more data gathering for the brain in just a glance.

While, the Suunto 9 Baro as the name suggests, comes with a barometer. They are both better for rugged off-roading exercises but can be quite useful for marathon running, as well.