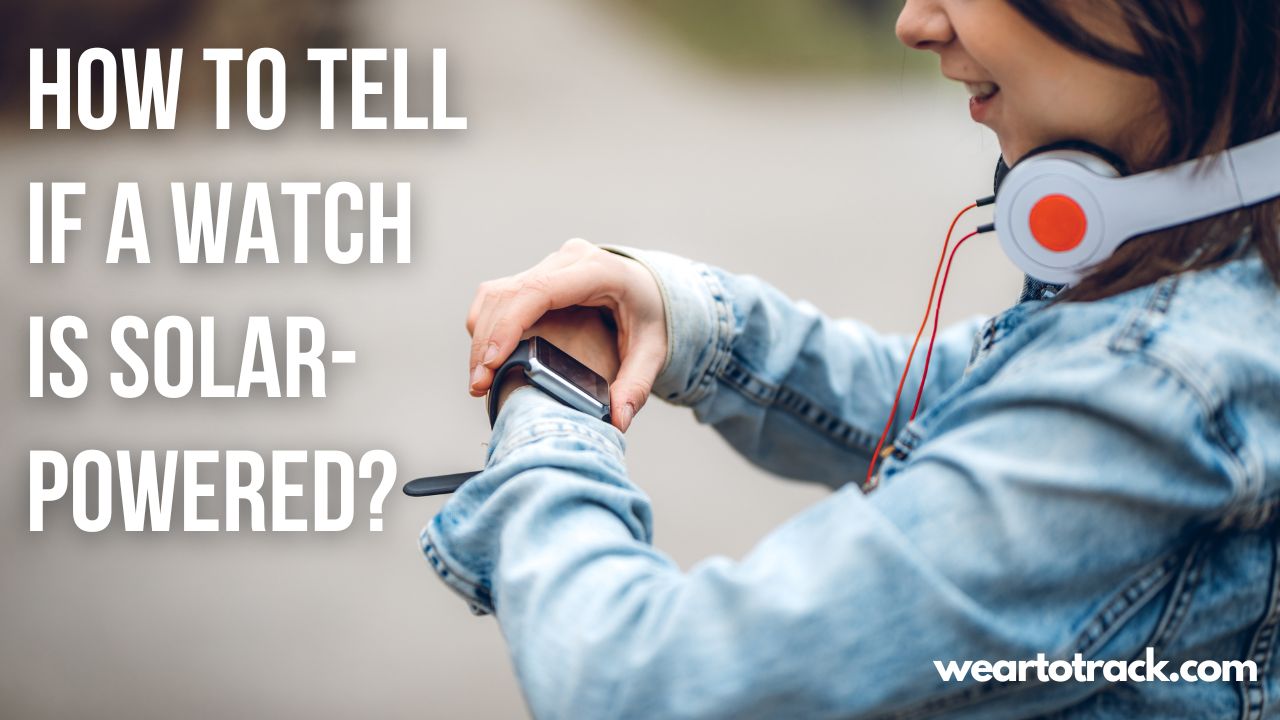 Watches are an inseparable part of our day-to-day life. And with the passage of time and the invention of new technology, the evolution of the watch has been like magic to one’s eye. This evolution changes with the introduction of new energy sources and watch movements.

As the demand for renewable energy sources rises, solar energy is becoming more and more widespread. Because harnessing the energy from nature is one of the best ways to procure energy.

In order to use sunshine, many appliances in our homes now have solar panels, including certain wristwatches.

Here is a related article that might interest you on Do Solar Watch Batteries Wear Out? How Long Do They Last?

In our article, we will be discussing solar watches, the ways to identify a solar watch, and whether they are good or not.

How Can You Recognize That The Watch Is Solar-Powered?

The first commercially marketed solar watch, the Riehl “Synchronar,” debuted in 1972. This remarkable early LED digital watch displayed the time in a small window on the side of the case and had two sizable solar panels spanning its surface.

The 1976 Citizen Crystron watch was the first analog solar timepiece. Similar to the Synchronar, this design had visible solar panels all over it as opposed to the nearly undetectable ones we see nowadays. But a question can peep into your mind, how to tell if a watch is solar-powered. Nothing to worry about, you can do it yourself.

A specially crafted photovoltaic system, similar to that found in a conventional solar panel, is employed in solar watches to convert light energy into electronic energy.

Watch manufacturers cover their devices’ faces with small solar panels. They are constructed of two layers of silicon, a substance that is very adept at capturing solar energy. This energy travels down a wire to the battery after passing through the first and second layers of silicon.

It travels through the system in microscopic electrons, which are continuously used as transporters. Once the watch’s battery is fully charged, it begins to run like any other quartz wristwatch. Although the detailed mechanism is quite complicated for someone without a background in science, it is not too difficult to imagine how it works.

The solar cell is commonly located just beneath the watch dial. So, for the sunlight to enter, there are several pores on the dial of the watch through which sunlight can pass through.

This sunlight when hitting the solar panel beneath the dial of the watch, follows the above-said mechanism and converts the light energy into electrical energy for the watch to run.

Do Solar-Powered Watches Need A Battery?

A watch that is solar-powered operates on light energy. Each solar watch has a solar cell underneath the dial that turns light energy into electrical energy. The solar cell in the watch converts light into energy, which is then stored in a rechargeable battery and used to power the watch.

The first Eco-Drive movements used titanium lithium-ion secondary or rechargeable batteries to store electrical energy. The Eco-Drive 7878 movement can function for 180 days on secondary power before needing to recharge by light exposure because of this battery type. That became accessible in the early 1990s.

This represents a significant advance in energy storage over earlier light-powered watches. There was also an “insufficient recharging” indicator on the movement.

So, the answer to the question that whether they have a battery or not is answered. The watch typically has a rechargeable battery that stores energy so that it can operate at night or while the wearer’s clothing is covering it.

The development of considerably more effective solar power systems over the years has made it possible for watches to be charged more quickly and to operate for longer.

Are Solar-Powered Watches Any Good?

Hands down, solar-powered watches are one the best type of watches available on the market. They are very easy to use and very reliable also. The reasons they are good for are:

Winding: Solar power watches follow the quartz watch movement mechanism, which means no external winding is needed for the watch to run.

Accuracy: These watches are very accurate to display the exact time as set. No lag in the time-display relation which results in much finer accuracy.

Thickness: Since it runs on solar power, no bulky battery is needed, resulting in a thinner watch design.

What Are The Cons Of A Solar Watch?

Though solar watches have so many good sides, there are some cons too.

Another post that will interest you is about Do Solar Watches Charge On Cloudy Days?

Is The Solar Watch The Same As An Automatic?

The electrical current that the light generates powers a quartz movement in the watch. As a result, it is less mechanical than an automatic movement because there isn’t a spring or a sizable number of internal gears.

Cool solar watches exist. They use the same Quartz movement technology as the majority of modern watch models, reduce waste, and have a beautiful design.

We hope our article was helpful enough for you to recognize and understand everything you need to know about a solar watch.