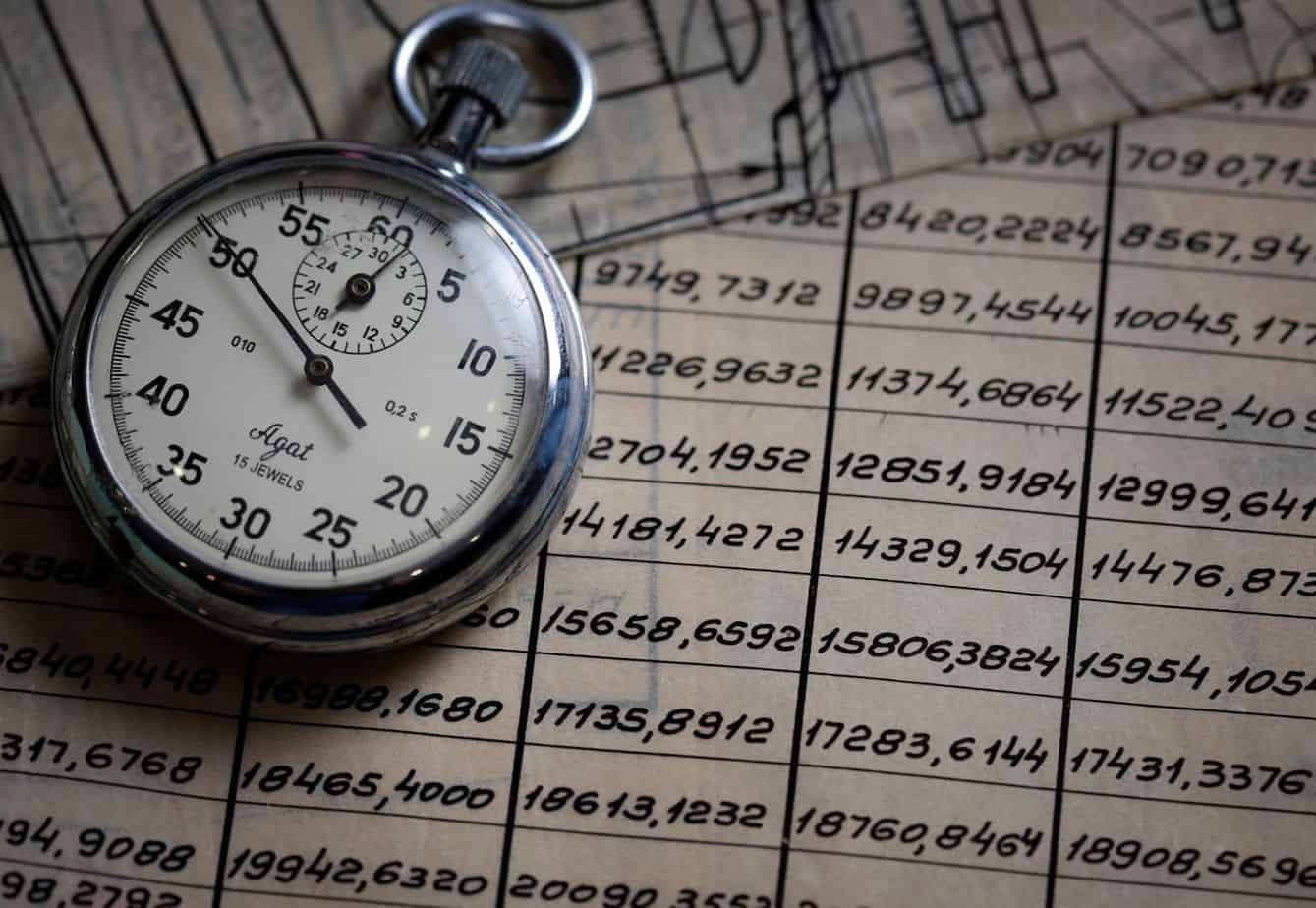 As a personal trainer, I have fellow trainers that are still using the “old school” analog training stopwatches and they don’t even consider replacing them in a digital one.

Why would they prefer analog stopwatch over the digital ones even though these might be quite expensive? The answers are in the article!

When we hear the word “Stopwatch”, the first thing came to our mind is the athletes as it is mainly used by the coaches to train the athletes.

Here is an article on my website that you must read, its about Best 5 Stopwatches For Swim Coaches & Trainers In 2023.

However, it is also used for other purposes too. These days, the most popular types of stopwatches are the digital ones that are widely available and used by many athletes out there. However, a vast majority of people still use the Analog Training Stopwatches as well.

In this comprehensive guide, we will take you on a journey where will discuss the history of Stopwatch.

We will also compare both, Analog and Digital Training Stopwatches and by the end of this guide, you will know which one is better. Sounds Interesting? Let’s get started.

The Brief History of Stopwatches

The concept of watches is not new and you will be amazed to know that the watches have been around for more than 600 years. Our ancestors invented the watches to keep track of their time and make their lives organized.

The first record of manmade clocks dates back to 3500 BC when Ancient Egyptians started using tall tons to calculate the time.

They used to determine the time by looking at the shadows of the stones on the ground. Since then, the clocks have evolved a lot.

If we look at the Stopwatches, the first record date back to 1776 when Frenchman Jean-Moyes Pouzai showed the stopwatch features on the traditional ordinary clock.

His method was to record the time by writing down the amount of pun movement on the piece of paper. He named his stopwatch “Chronograph”.

Jean-Moyes’ idea was refined by the Nicolas Mathieu Rieussec after 50 years. He presented his version of the chronograph when king Louis XVIII wanted to know how fast his horses were running on the racetrack.

The chronograph version by Nicolas worked well in the race and he became the “Father of Chronograph”.

The chronograph was the earliest and closest form of the stopwatch. However, the first stopwatch was crafted by the Tag Heuer. The company crafted a very accurate stopwatch which was able to measure the time interval in fragments equal to 1/5th of a second.

The company also launched another Stopwatch which was named the “Micrograph”. The micrograph was capable of measuring time interval in 1/100th of a second which was pretty accurate at that time.

Fast forward to 1972, Acuusplit presented the first digital stopwatch and it was well-received by the athletes.

The endorsements by popular athletes such as Jackie Joyner-Kersee played an important role in the popularity of the Digital stopwatches. The company also supplied its stopwatches in the Olympic Games of 1996.

How Does An Analog Training Stopwatch Work?

The Analog Training Stopwatches are mechanical in nature and they mainly use the “Mainsprings”. Mainsprings are the torsion springs which must be wind and after that, they unwind themselves.

These watches come with a knob at the top of the watch which is used for winding the stopwatch. You periodically wind the device to countdown the time.

How Does A Digital Training Stopwatch Work?

Digital Training Stopwatches comes with a very accurate electronic unit known as “Crystal Oscillator”. It works in unison by vibrating quartz to produce a very accurate and consistent frequency which helps the component to accurately determine the time.

The following are some of the benefits of using Analog/Mechanical Training Stopwatches.

If you have read down to this section, then you already know enough about Analog and Digital Training Stopwatches. Let’s evaluate both types of watches in terms of accuracy and durability as both factors are considered important when it comes to athletes.

When it comes to the accuracy of Analog Training stopwatches, you can measure the time interval in 1/100th of a second.

When it digital training stopwatches, you can measure the time interval up to 1/1000th of a second which provides more accuracy. In terms of accuracy, Digital stopwatches are the clear winner here.

Durability is another important factor when it comes to stopwatches. Analog Stopwatches comes with the mechanical components which can get damaged if you somehow drop the stopwatch from a certain height.

Digital stopwatches come with the rubber build on top which is comparatively more durable than the Analog stopwatches with mechanical components and metal build.

In our opinion, Digital Stopwatches are better than Analog watches in terms of durability.

That’s all folks. Now, you know which type of stopwatch is better for you. Digital Stopwatches are widely popular because they are more accurate and durable.

However, if you want a more accurate stopwatch with the durable build then you should go for a digital stopwatch. If you have any questions, please let us know in the comment section below. Also, visit our website for more useful guides.