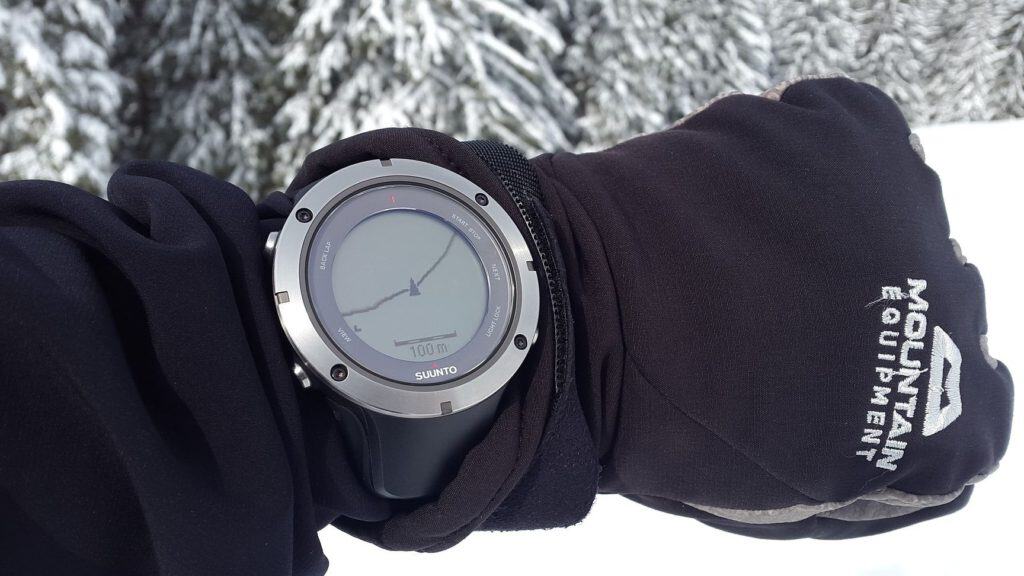 In this comprehensive guide, we will address some important questions about the GPS Watches and GPS Technology itself.

We will also see if using the GPS Watch would compromise your privacy or not. Sounds interesting? Let’s get into it.

GPS or Global Positioning System was once-classified military technology, now being used for our daily commute and traveling from one place to another.

It is a revolutionary technology that has totally revolutionized the way we travel around.

Also, make sure to check out my post on Best Military Watch with GPS and a Built-in Compass.

GPS watches are also very common these days and many companies incorporate the GPS into their products for effective tracking.

Can a GPS Watch Be Tracked?

The whole purpose of GPS Watches is to track your movement and you can use it to keep a record of your activities.

When you turn on the GPS, your smartwatch connects with the GPS and it can start calculating your location.

The watch uses the Triangulation process to determine your correct position and the watch repeats this process after a certain interval to continue tracking your activity.

Many people believe that disabling the GPS on your device can stop the watch from tracking your location.

However, According to Princeton University researchers, Smartphones can still track your location using the PinMe technique even if your GPS is turned off.

This can be the case with the GPS watches as well but there is no solid evidence out there. However, you can ensure that your data is not being misused by the company.

When it comes to privacy, every company collects your data but the question is which data they collect.

The European Unions introduced the GDPR or General Data Protection Regulation which set the privacy rules for the companies.

The purpose of GDPR was to ensure that if the companies collect the users’ data then they must do it under strict conditions. GDPR also required the companies to protect the collected data from exploitation and misuse.

GDPR was implemented on 25 May 2018 and this rule not only implies to the European companies but also the companies which want to offer their services in the European Region.

Here is an article on my website that you must read, its about Fitness trackers without Internet dependence and how to protect your private data.

What is GPS Technology? When It Was Invented?

You will be surprised to know that GPS Technology was once-classified military technology and only a handful of people knew about it. The journey of GPS started when the US Scientists were able to track the Sputnik.

It was the satellite that was launched by the Soviet Union in 1957. Following this successful tracking, US Researchers Drs William and George Weiffenbach concluded that they could track the early positions of the satellite using the Doppler Effect.

According to this effect, the transmitted signals from the moving satellite would distort as they approached or moved away from the receiving station. These researchers suggested that one can calculate the correct orientation of the satellite’s orbit by measuring the nature and severity of the distortion.

After this discovery, another researcher from APL Company suggested that it could work the other way around and one can find his correct position by tracking the satellite’s orbit and calculating the Doppler shifts from its signal. After these major discoveries, US Navy started to use the Navy Navigation satellite system to actively guide the US Navy Ships.

After the success of their initial experiment, US Military sponsored the research in the 70s and 80s to improve the whole system to make it more reliable and precise.

With time, the technology started using more advanced approaches such as triangulation and signal timing to improve the accuracy of the signals. By the 1980s, GPS was the ultimate guiding system for the US Military and the allies.

In the same decade, the US Government also allowed civilian users to access GPS. However, the government implemented the dithering which was intentional interference with the system to bar the unauthorized users to access the signals and use the GPS.

This system was active till 2000 until the US Government finally removed this restriction and now anyone can use the GPS provided that they have the right equipment.

Currently, Global Position System (GPS) comprises of 24 satellite which positioned themselves in six earth-centered orbital planes with four operation satellites. The system also features a spare satellite slot in each orbital plane that can be used in case of emergency.

How GPS Came Into Watches?

When the US lifted the dithering and allowed the civilians to access dither-free GPS Technology, many tech companies started using this technology into their products.

At the start, the GPS Units were pretty large but the technologies such as surface mount technology (SMT) and fractal geometry helped the researchers to shrink the size of the GPS units.

Fast forward to 2023, GPS Watches comes with only 2-3 inches and these size of these GPS watches is also shrinking as we are advancing in the field of technology.

GPS Watches uses the built-in GPS Unit to connect with the GPS to calculate the correct position of your location. When it comes to the error, the error margin is only 3-6% which is negligible. However, there are factors that can affect the accuracy of your watch.

Here is an article that I have written about how to make your GPS running watch more accurate.

When it comes to data privacy, you should pick the company which follows the GDPR Regulation.

If they do so then your data is protected and your privacy is not compromised. However, if you pick the GPS watch from the company that doesn’t comply with the GDPR regulations then we would urge you to read its privacy policy and terms of service.

The companies such as Apple, Fitbit, and Samsung have a good privacy policy while Companies such as Xiaomi don’t have a clear outline of the data if the company merges or close.

In a nutshell, always read the privacy policy and terms of service, and if it is clear and good then you can start using the GPS watch from that company without worrying about your privacy.

If you have any questions, please let us know in the comment section below. Also, visit our website for more useful guides.