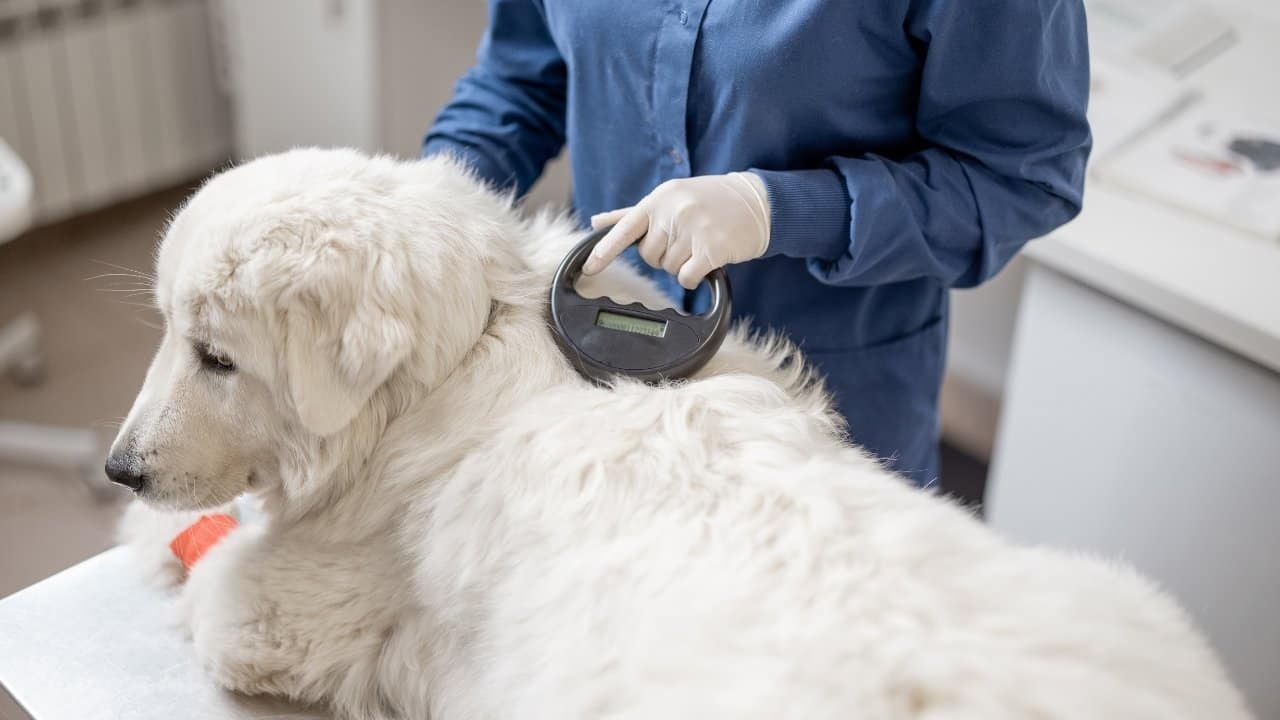 Pet Microchip is a modern chip that basically contains the information of your dog and contact information. If your pet gets missing and someone else finds it, that person can use the Microchip to contact you.

However, things start to get confusing about whether you can read Pet Microchip with NFC on your smartphone. Let’s find out.

What is a Pet Microchip?

Pet Microchip is a tracking microchip that is implanted in pets like Dogs & Cats to easily identify them. In the past few years, Pet Microchips have emerged as the best solution to identify lost pets because the traditional tags can be easily removed, but it’s very difficult to remove Microchips.

How does a Pet Microchip Work?

A Pet Microchip basically operates on RFID Technology, where the transmitter stores the information of the Pet and his/her Owner. So, when someone finds a lost pet, he/she can use the scanner to scan the Microchip and get information from the Owner. These chips don’t use the GPS, so they don’t need any power source or battery.

Before we get to the question, it’s important to know how RFID works. RFID or Radio Frequency Identification is a technology that uses low-power radio waves to send or receive data. It’s the technology that is used in most Pet Microchips.

NFC is another technology that is driven by RFID, and the major difference between them is that NFC operates on a specific spectrum that comes with close proximity. It means that NFC can only communicate with other devices if it’s within the close range, normally 4 to 10 cm.

When it comes to reading Pet Microchip, it can only be possible if Microchip is within the range of NFC. However, in most cases, you won’t be able to do it from your smartphone, and you will need a dedicated RFID Reader to access data on the Pet Microchip.

Can I read Pet Microchip with my Phone?

No, it’s not possible to read the RFID Pet Microchip from your smartphone. During my research, I came across some apps which claim that they can be used to read the RFID Pet Microchip, but those apps don’t work, and many users also reported suspicious behavior by the apps. So, I strongly recommend that you check the reviews of the apps before installing them on your smartphone.

Do Vets Scan Microchips for free?

If you have found a lost pet and you want to find the Owner of the Pet, you can contact your nearby Vet. Many Vet clinics have RFID Scanners which you can use to scan the Pet Microchip and then use that information to find the Owner. In most cases, Vets will do it for free, and you won’t have to pay a single penny to scan the Microchip.

How do you tell if a pet has a Microchip?

It’s almost impossible to detect a Microchip in a Pet using your hands, and you will have to use the RFID Scanner to scan the Microchip. Vets usually put these Microchips between the pet’s front legs, and when you put the scanner at that part, the scanner will detect it and get the details of the pet.

Can you feel dog Microchip?

No, it’s not possible to feel Dog Microchip by hand as it’s very small in size, and you can’t feel it with your hands. The only way to detect the Microchip in a dog is by scanning the dog with RFID Scanner.

Is it painful to Microchip a Pet?

Inserting Microchip into a Pet is not a complex procedure, and Experienced Vets can do it by causing minimum pain to the dog.

How much does it cost to put a Pet Microchip in the pet?

What does a Microchip look like for a Pet?

How do I find the Owner of a Pet Microchip?

Do you have to pay a monthly fee for a Microchip?

No, Microchip doesn’t come with a monthly fee, and you will have the bear the expense of installing it in your pet. Once it’s installed, it’s there for the life of your pet, and you won’t have to pay for anything else.

Can a Microchip be removed from a Pet?

Technically, you can remove a Microchip from your pet, but most Vets won’t recommend it as it can be a risky surgical task. That’s why most vets will advise against it, and they will also refrain from doing it.

How long does a Pet Microchip Last?

Pet microchips can last for years, and an average Microchip comes with an operating life of over 20 years, which means that it will keep working flawlessly during the life of your pet.