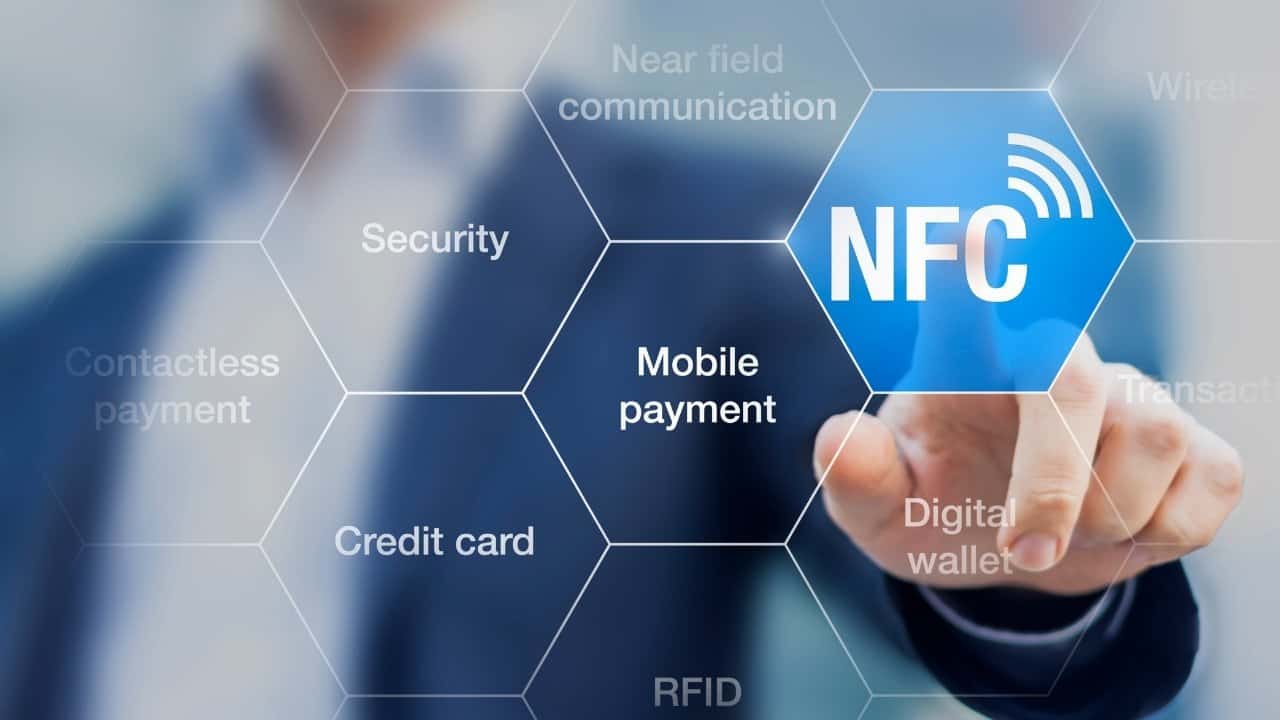 NFC is a very popular technology, and it’s being used by some of the most popular online payment systems such as Google Pay, Samsung Pay, Apple Pay, and others.

Overall the technology seems very secure, but many users have this question: Can NFC be used to Spy?

I admit that I had these concerns as well, so, I have decided to research the topic and share it with you. Let’s find out!

Here is an article on my website that you must read, its about How To Test If The NFC Is Working On My Smartphone Or Smartwatch In 2023?

What Is NFC Technology?

Near-Field Communication or NFC is a modern technology that allows the two devices to share the data in a secure manner. This technology works in very close proximity, and both devices have to be within a 4 to 10 cm circle to exchange the Data.

What’s The Difference Between NFC and RFID Technology?

NFC Technology has been driven by RFID Technology which is a very popular technology. RFID has been around for years, and it has been used in many industries, including Debit Cards, Clothing, and more.

In RFID technology, the System uses the small radio transponder, receiver, and transmitter to exchange the data.

However, the Data which is being exchanged is not encrypted, which allows the skimmers to get the data stored on your Debit cards pretty easily.

However, it’s not the case with NFC Technology because everything which is being shared with other NFC Devices is in encrypted form.

Can NFC Be Used To Spy?

NFC is modern technology, and it’s designed in a way that it can be used securely. One of the biggest problems for hackers with NFC is that it works only in close proximity of 4 to 10 cm, which means that if someone tries to get your information, he/she would have to come really close to your device which is almost impossible without being detected.

On top of that, if you are using NFC for payments, it requires the initiation from your side, and even if a hacker gets near your device, he/she won’t be able to initiate the process of payment. Also, if we assume that someone has managed to get access to the payment terminal (a highly unlikely scenario) and he got your information, he won’t be able to use that information for getting your money because of tokenization.

Tokenization is a process where the Payment systems generate a temporary token for a specific transaction, and once that transaction is completed, that token can’t be used for any other transaction, which makes the NFC Payments pretty secure.

Now let’s discuss if NFC can be used to spy. NFC Technology itself is pretty limited, and I don’t believe that it can be used to Spy on you. However, if someone manages to get malware on your smartphone using NFC, then it can certainly facilitate spying on you. But, this scenario is highly unlikely because even if someone tries to sneak in the Malware through NFC, it would require approval on your System, and no one would approve any suspicious data transfer on his/her Phone.

Overall, the crux of all this section is that NFC can’t be directly used to Spy on you. It can certainly facilitate Spying, but it is a highly unlikely scenario, and you can simply avoid it by turning off the NFC when you are not using NFC for payments.

How To Protect Yourself From NFC Spying?

NFC is a pretty secure technology, but still, if you are not cautious, it can be used against you. In this section, I will share some effective tips which you can use to secure yourself from NFC Spying and other security threats.

Should I Enable NFC On My Phone?

What Does NFC Do On My Phone?

NFC is a great technology, and it can be used for various purposes, such as transferring data from one device to another. Similarly, you can use NFC for contactless payments using Apple Pay, Google Pay, Fitbit Pay, and others.

What Happens if I Turn NFC Off?

If you turn off NFC on your smartphone, other devices won’t be able to communicate with your smartphone. I also strongly recommend turning off NFC when not using it can save you from NFC Hacking and even save the batter of your Phone.

NFC is a pretty common technology, and you will find it on most smartphones such as Apple iPhone 12 Series, Samsung Galaxy S21 Series, Note 10 Series, and more.

What’s the Range of NFC?

The maximum range of NFC is 10 cm, but most devices require NFC to be within 4 cm for a successful transaction.

Can You Use Google Pay Without NFC?

Which is Better: NFC or RFID?

Is NFC a Bluetooth?

No, NFC and Bluetooth are two different technologies. However, both of them can be used for wireless data transfer.

That’s all, Folks. NFC is a pretty secure technology, and it can’t be used for spying in normal circumstances.

However, there are some scenarios where it can facilitate the transfer of malware app, but you can simply avoid it by turning off the NFC when you are not using it.

If you have any questions, please let us know in the comments. Also, check this guide if you want to learn if it’s safe Paying with a Smartwatch.