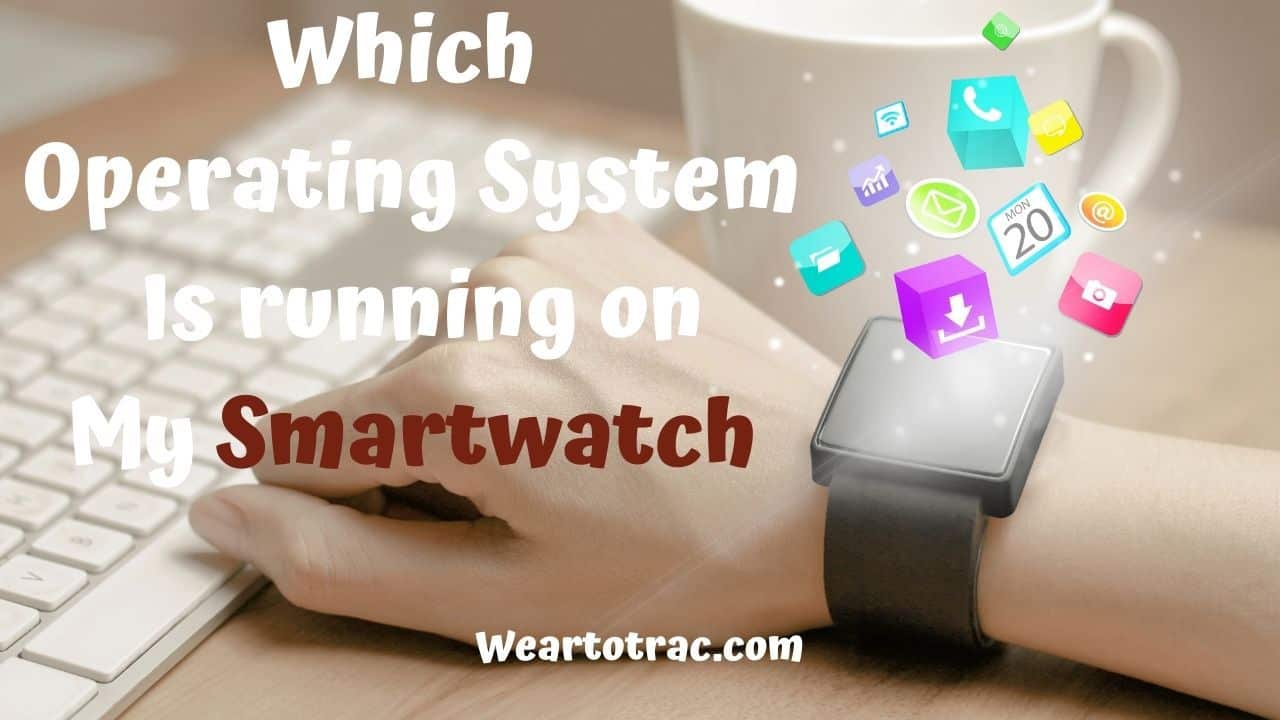 It’s 2023, and smartwatches are more popular than ever. As we all know, Apple Watch and Samsung watches are considered the pioneer of the smartwatch industry, but these two are not the only brands, and there are tons of great smartwatch brands out there.

That’s why I decided to write this guide where I will list all operating systems that are running on different Smartwatches (Wearables) in 2023. Let’s get started.

Let’s start with Watch OS, which is arguably the most popular Operating system when it comes to smartwatches. The reason why Watch OS is so popular is that it is integrated really well into the whole Apple Ecosystem. Apple Watch Works flawlessly with iPhones and other Apple devices, which makes it an ideal option for iPhone Users.

When it comes to user Interface, Watch OS is very refined, and it has improved a lot over the years, which makes it a better option than most Operating Systems out there. On top of that, it comes with tons of watch apps that you can install directly on your Apple Watch and get different features to it. You can also use it to make payments using Apple Pay. If you are interested in Apple Pay, check this guide where I have compared Apple Pay with other Cashless Payment Systems such as Google Pay and Samsung Pay. Also, it’s regularly updated by Apple, and the company is continuously adding more features to it to make it more desirable for Apple products’ users.

Tizen OS is another very popular Operating System, and it runs on Samsung Smartwatches. In the last few years, Samsung has invested heavily in Tizen OS to make it the best, and the company managed to get some popularity to its OS. However, the major problem with Tizen OS has always been compatibility. Tizen OS Watches works well with Samsung smartphones, but it requires a complex setup when it comes to other Android smartphones.

Wear OS is another very popular Operating System that runs on a whole lot of smartwatch brands, including Fossil, Suunto, polar, and more. It’s maintained by Google, which is also the parent company of the Android Operating System. If we look at the history of Wear OS, it’s a bit bumpy as at one point Google totally abandoned Wear OS, but in the last few months, we have seen some major development that indicates that Google is finally working on making Wear OS the great again.

The company has partnered with Samsung, and the latest Smartwatches by Samsung come with Wear OS 3, which are designed in cooperation by both companies. There are also rumors that some Fitbit smartwatches will also come with Wear OS 3. Also, it’s interesting to note here that Google Acquired Fitbit in January of 2021, and there are great chances that Fitbit might switch to Wear OS for all of its smartwatches in the future.

Fitbit OS is a popular operating system that you will find on Fitbit Smartwatches. Back in the day, there weren’t many options for Fitbit users, but recently the company has come up with many new models, including Fitbit Sense and Fitbit Versa 3, which are more desirable and modern options for Fitness enthusiasts.

Fitbit OS is as good as any other Operating System out there. Most Fitbit smartwatches can accept calls, install apps, track exercises, and make payments using Fitbit Pay. Overall, Fitbit OS is a pretty good Operating System, but as the company was acquired by Google in the January of 2021, you can expect some changes, and future Fitbit Models might run Wear OS instead of Fitbit OS.

When it comes to the overall look, it’s as good as the other operating systems, but as it’s pretty new, you can expect some glitches here and there. However, the company is working tirelessly on making it good, and we can expect some great improvements in the future.

Zepp OS is one of the newest Operating Systems, which you will find on Amazfit Smartwatches. Amazfit is a Chinese wearable brand, and it is known for its affordable smartwatches. The company is not very popular in Europe and the US, but it’s a well-known name in the Asian Markets.

When it comes to performance, Zepp OS is really good. The main highlight of Zepp OS is that it isn’t as resource-intensive as other operating systems, and it’s pretty lightweight, which allows it to run flawlessly on Amazfit Smartwatches. Also, it draws low power, which results in overall improved battery life.

Garmin is a popular wearable brand which is known for its quality watches. The company makes some of the best smartwatches in the market, and they are very accurate, which is the reason why they are very popular among athletes and fitness enthusiasts.

When it comes to performance, Garmin Watch OS is as good as other Operating systems out there. It allows the Garmin Watch users to receive or make calls, send messages, track their activities, check Altitude, pays for stuff using Garmin Pay, and more. Overall, it works really well with Garmin Watches, and it’s surely one of the best Smartwatch operating systems in the market out there.

Which Smartwatch Operating System is the best for iPhones?

If you are an iPhone user, you should go with Watch OS that comes with Apple Watch. The best thing about Watch OS is that it works flawlessly with iPhones, and you can use the watch to its full potential.

Which Smartwatch Operating System is the best for Android Phones?

If you are an Android user, you have multiple options to choose from. Previously I used to recommend Tizen OS because it comes with tons of Apps, and it’s also regularly updated. However, Nowadays, I recommend Wear OS 3 watches because they offer the best of both Samsung and Google. If you are interested, you can’t go wrong with Galaxy Watch 4 or Galaxy Watch 4 Classic.

What OS does Garmin Use?

What OS does Fenix Use?

Garmin Fenix comes with Garmin Watch OS, which is independently developed by the company.

Is Samsung finally switching to Wear OS for its Smartwatches?

Samsung has launched its new smartwatches, Galaxy Watch 4 and Galaxy Watch 4 Classic, with Wear OS 3. However, the company has made it clear that the previous generations of Samsung watches will keep running Tizen OS. For now, it’s not clear whether Samsung will continue with Wear OS for its next smartwatches, but it’s pretty evident that it will mainly depend on the success of Wear OS 3.

What OS does Fitbit Use?

Fitbit smartwatches mainly use Fitbit OS, which is designed by the company. However, as the company has been acquired by Google, there are chances that Fitbit might switch to Wear OS in the future.

That’s all, folks. These are the main Operating Systems that you will find on modern smartwatches. All of them are good and come with some unique features of their own. If you have any questions, please let me know in the comments. Also, visit WearToTrack.com for more useful guides.