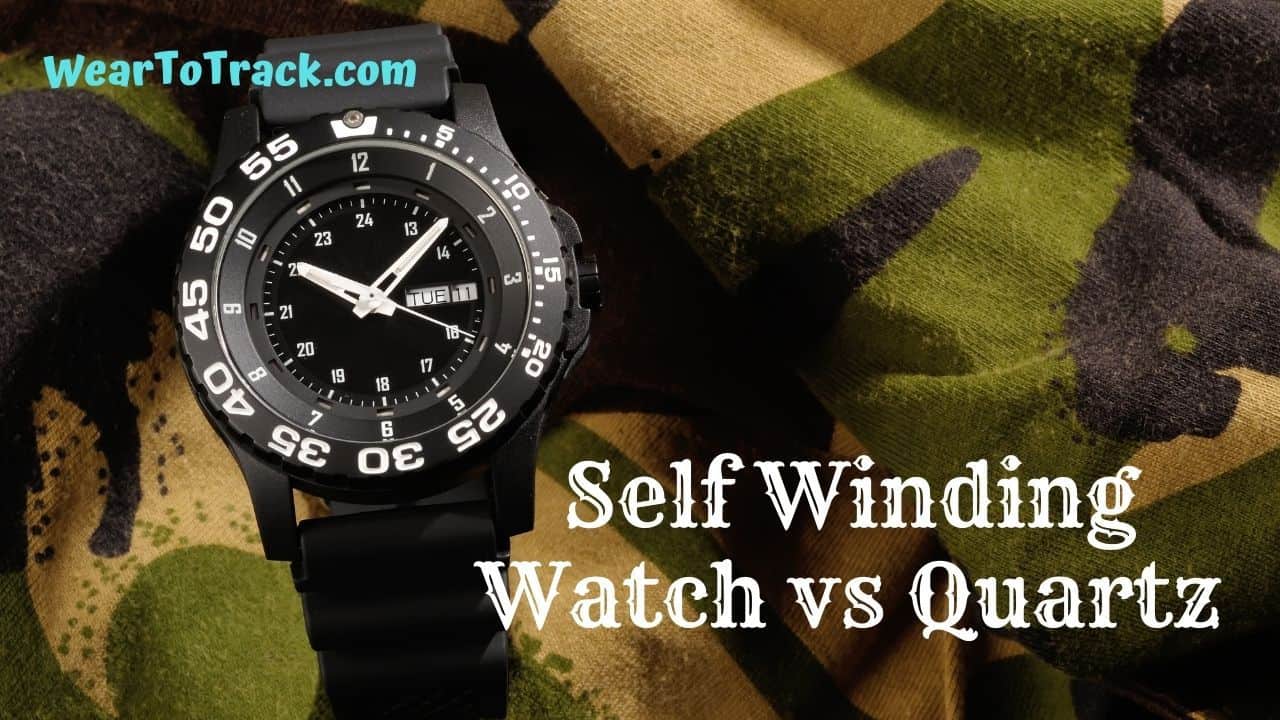 Self-winding watches (also referred to as “automatic watches”) are old-school watches with some modern modifications. And Quartz watches are simple the battery run, grab & go watches that we generally use.

Self winding and Quartz are basically the types of watch movements. They determine the source of energy a watch runs on, whether it runs on mechanical energy generated from the wounding or the electric energy from the battery.

Here is a related article that might interest you on Which is Better Quartz or Mechanical Watch?

In this article, we will provide insights, pros and cons, and everything else you need to know about self-winding watches and Quartz.

Self Winding Watch vs Quartz:

As told earlier, self-winding and Quartz define the source of energy depending on which the watch movement is defined. And different types of power are generated for the power of the watch to run from the movement.

In the next part of the article, we will guide you to the self-winding movement and Quartz movement elaborately.

The word itself defines what a self-winding watch is. Winding is basically the procedure to wind some spring. The energy conversion that occurs here is the movement forced on the spring by hand. Later as time goes by, the spring keeps unwinding to release the energy. This is the basic principle of the manual winding watch.

Following the same mechanism, the self-winding watch doesn’t require the manual winding of the spring. Rather, the wrist’s movement allows the watch to wind up by itself.

Self winding is possible due to the fact that they have some small and complex parts. With the motion of the wrist, they rotate and create energy without the painful manual winding every day.

Quartz watches are the most common watches that we see and use in our day-to-day lives. The Japanese company “Seiko” brought the watch movement revolution to the world by making the Quartz watches.

These are the battery-operated watches where the electric energy is used to run the watch.

Self Winding Watch Vs Quartz: Differences

In self-winding watches, you can deliberately move your hand to rotate those delicate parts to store energy for the reserve. The power usually lasts more or less about 38 hours.

And since Quartz watches run on battery, there may be some hassle of changing the battery periodically. But if a good battery is used, it may last up to a year or more.

Another important factor is its durability. As expensive as the self winding watches are, the great labor and the intricate materials used are quite robust to not work.

Because of the tiny, delicate, and complex parts of the self winding watch, they are very hard to set up. They take much hard manual labor, making them more expensive than any other watches.

With the advancement of modern technology, the Quartz watches are very easy to make and also much cheaper than those self-winding watches.

Self-winding Or Quartz: Which One To Choose

If you have a lesser budget with the need for accuracy of time, Quartz is the answer. If you are looking for spectacular design and awesome engineering, Self-winding is the call.

What Is The Lifespan Of A Quartz Watch?

They last about 20-30 years, lesser than self winding watches.

Which Type Of Watch Movement Is The Best?

You can go with the Quartz. That’s because Quartz runs on the electrical energy of the battery and gives precise time and doesn’t wear out easily.

We hope that your doubts are clear now about “self-winding watch vs quartz”. The basic need for a watch is to know the time along with tracking other physical activity.

And with your additional requirements, you may lookup for the type of watch you prefer after reading this article.