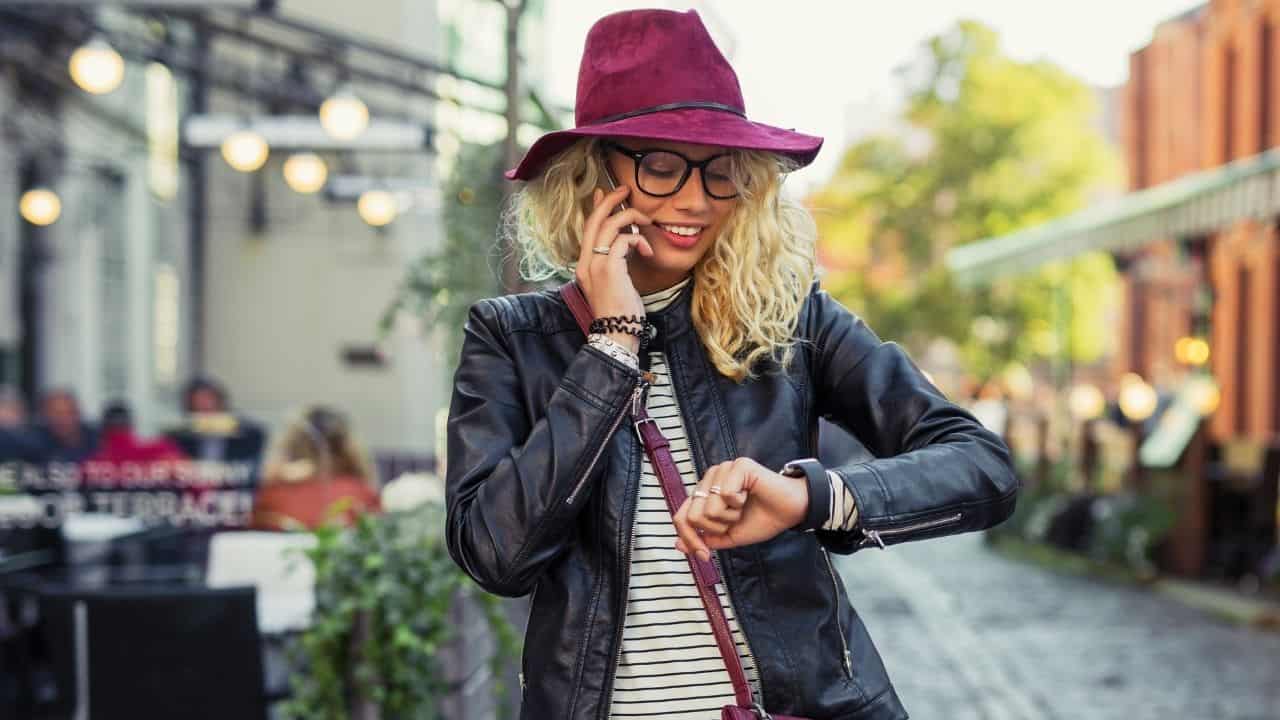 Global Positioning System (commonly known as GPS) is a navigation system that we use to navigate from one location to another. It’s a must-have feature in Smartwatches, and that’s why Amazfit offers it in many of its smartwatches.

In this WearToTrack guide, I will share the Amazfit smartwatches that come with the GPS. Let’s get started.

Fun Fact: GPS was once a classified military technology, and only a handful of people knew about it. It was used by the US Military and Allies for navigating their troops.

Which Amazfit has GPS?

Fun Fact: Whenever a device requests navigation from GPS, the system allocated the three satellites for each operation to offer accurate guidance.

Amazfit X is an advanced Fitness tracker by the company that comes with a futuristic design and tons of promising features.

The tracker comes with the Blood Oxygen Monitor, which allows the users to know the oxygen saturation in their blood. It’s a very useful feature because you can use it to diagnose lung-related problems at very early stages.

When it comes to activity tracking, Amazfit x trackers everything like your steps, workout, and many other metrics. Amazfit X also comes with a dual Positioning System (GPS + GLONASS), which offers more accurate tracking of your workout.

If you want an Amazfit Tracker with Futuristic Looks and a Dual Navigation system, Amazfit X is for you.

Amazfit T-Rex is one of the best smartwatches by the company. It’s a rugged smartwatch, and the company has tested it on Military standards to ensure that it withstands the rough treatment.

When it comes to tracking, T-Rex uses the combination of GPS & GLONASS to ensure that you get the accurate tracking of your workouts. With 20-days of battery life and a Dual Navigation System, Amazfit T-Rex is arguably one of the best Adventure Smartwatches out there.

Amazfit Stratos 3 is another very promising Smartwatch that comes with tons of great features. It features a very minimalistic design with a carbon fiber finish, which gives it a very premium look.

The main highlight of the Amazfit Stratos 3 is that it comes with 4 different Global positioning Systems: GPS, GLONASS, GALILEO, and BEIDOU. The GPS works in combination with either of the 3 navigation systems to offers accurate tracking of your outdoor workout.

Fun Fact: GALILEO is a global navigation system which is created by the European Union. Like GPS, GALILEO also uses the 24 Satellites in the system.

Amazfit Stratos+ is the exclusive addition of the Stratos that comes with a premium design. It also won various design awards in 2018 for its premium design.

Amazfit Stratos+ uses the combination of GPS + GLONASS for accurate tracking of workout. The best thing about this Smartwatch is that it comes with a Low-power positioning chip, which means that it offers the best performance without using a lot of power, resulting in better battery life.

When it comes to navigation, Amazfit GTS 2e comes with a GPS + GLONASS navigation system, which offers much better accuracy out there. If you want Amazfit Smartwatch with minimalistic looks and a dual positioning system, the Amazfit GTS 2e is a great option for you.

Amazfit GTR 2e is another sports-centric smartwatch that comes with many promising features. The main highlight of the watch is its design. It comes with a very simple and minimalistic design. It also resembles the Samsung Galaxy watch Active 2 in terms of looks.

Like most Amazfit watches, Amazfit GTR 2e also comes with a combination of GPS and GLONASS to ensure that you have accurate tracking of your workout. Overall, Amazfit GTR 2e is another great minimalistic smartwatch by Amazfit which you can consider.

Amazfit GTS 2 Mini is the small version of the GTS 2 that comes with a compact design and tons of great features.  The watch comes with over 70 Sports modes and a blood-oxygen saturation sensor.

On top of that, you also get the GPS to accurately track your workouts. Overall, if you are looking for a super compact and thin smartwatch from Amazfit, GTS 2 Mini is a solid option for you.

Amazfit GTS 2 is a premium smartwatch that comes with some top of the line specs. For starters, you get the 3D curved bezel-less design, which gives a very premium look to the watch. On top of that, you get the music storage to store tons of your favorite songs.

Also, Amazfit GTS 2 comes with a dual positioning System, GPS + GLONASS, for better tracking. If you want to get a premium Amazfit smartwatch, then Amazfit GTS 2 is a strong contender.

Amazfit GTR 2 is one of the most promising smartwatches by the company. In GTR 2, you get the AMOLED Always-on Display, 24/7 Heart-rate Monitoring, Blood Oxygen Sensor, and Advanced sleep monitoring. Amazfit GTR 2 also features the PAI Health Assessment system, which allows you to assess your overall physical state based on your activities.

When it comes to tracking, GTR 2 uses the GPS along with GLONASS to ensure that you get accurate tracking. Also, the battery life of Amazfit GTS 2 is really good, and you get 14 days of battery life on a single charge. If you want an Amazfit smartwatch with a super long battery life and a dual global navigation system, Amazfit GTR 2 is a great option for you.

Amazfit GTS is one of the most popular smartwatches by the company. It’s a generation-old version, but still, it’s a very capable smartwatch. It comes with a slim design and over 12 sports modes to accurately track various sport.

Amazfit GTS also supports the GPS, which means that you will get accurate tracking. Overall, it’s a great choice but not the best. I’d recommend you to go for GTS 2 over this version.

Amazfit Bip U Pro is a budget smartwatch that offers immense value for money. The watch comes with a modern design and over 60 sports modes, which you can track various sports.

Amazfit Bip S is another budget smartwatch that comes with impressive features. For starters, you get a very lightweight smartwatch that only weighs 31g. When it comes to features, you get 24/7 heart-rate monitoring, activity tracking, and many more.

Amazfit Bip S also comes with built-in GPS, which means that you will get accurate tracking of your workouts. Overall, Amazfit Bip S is a great option for those who want a lightweight smartwatch at budget.

Amazfit Bip is one of the most popular budget smartwatches in the industry. The main highlight of Amazfit Bip is that it comes with a battery life of 45 days, which is crazy long battery life. Also, the watch is really good at tracking workouts, and it has dedicated profiles for running, indoor running, cycling, walking, and other activities.

The watch also comes with a Sony GPS chip, which is known for its power efficiency without compromising the performance. In Amazfit Bip, you get the combination of GPS + GLONASS for accurate tracking.

Amazfit Nexo is another premium smartwatch that comes with a variety of useful features. The watch is capable of making Phone calls over the cellular connection. However, it’s only supported by limited cellular service providers in UK, Germany, Spain, and Vietnam.

Amazfit Nexo also comes with three navigation systems GPS, GLONASS, and GALILEO. Overall, if you want a premium Amazfit watch with the ability to make calls, Amazfit Nexo is a great option for you.

Amazfit Verge is one of the most popular smartwatches by the company. This Smartwatch has received a lot of praise from the community for its promising features. For starters, you get an AMOLED Display, which ensures that everything looks crispy clear on the screen.

You can also use it to track various workouts like Jump Rope, Tennis, Walking, Train Run, Climbing, Soccer, and many more. Also, you get accurate workout tracking with the help of GPS & GLONASS. Overall, Amazfit Verge is a great smartwatch that directly challenges more expensive smartwatches like Fitbit Versa 3, Galaxy watch Active, and others.

Which Amazfit has GLONASS?

Does Amazfit Bip Lite have GPS?

No, Amazfit Bip Lite doesn’t come with a built-in GPS. However, once it’s connected with your smartphone, it can use the GPS of your smartphone for tracking the workouts.

Can you answer calls on Amazfit Verge?

Yes, once you connect the Amazfit Verge with your smartphone, you can use it to answer calls. You can only reply to messages and WhatsApp Messages from the watch.

Can you Make Calls on Amazfit Nexo?

Yes, Amazfit Nexo Supports phone calls, but you will need to have a valid cellular subscription to make calls. At the time of writing this guide, the only handful of cellular service providers in the UK, Germany, Spain, and Vietnam offers cellular packages for Amazfit Nexo.

Can I use Amazfit Bip without a Phone?

Amazfit Bip is a very capable smartwatch that can work independently of the phone. You can use most of the features without the phone. However, you will need to connect it with your phone to get detailed stats of your activities.

That’s all, folks. In this comprehensive guide, I shared all the current models of Amazfit that come with GPS. I also shared the models which don’t come with GPS so that you could make an informed decision. Also, which Amazfit watch looks promising to you? Let us know in the comments.