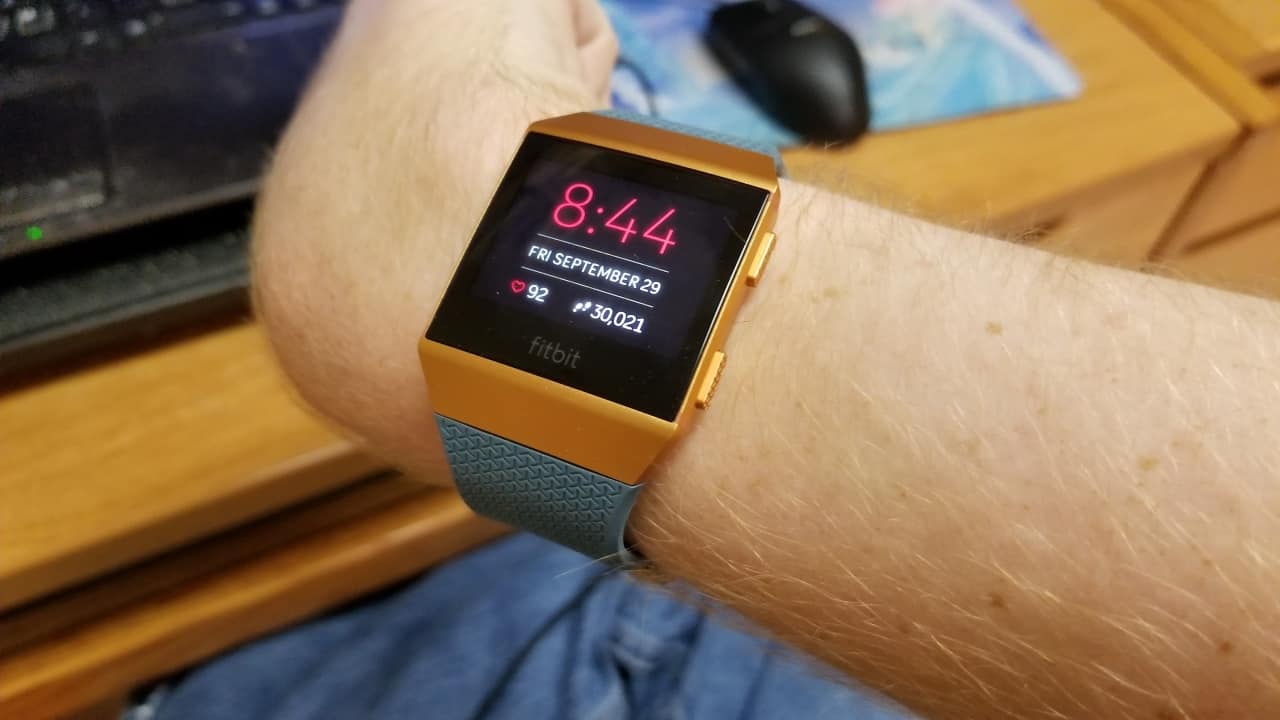 Fitbit Ionic is one of the best smartwatches, and many of us use it because of its accuracy and many features.

However, just like any other smartwatch out there, Fitbit Ionic can also run into some problems.

If you are also facing these issues, then here’s what you should do.

Here is a related article that might interest you on Does Fitbit Have SIM Card?

Just like other smartwatches, Fitbit can also run into some problems, but most of them can be fixed at home with little guidance.

If your Fitbit Ionic doesn’t turn on or charge, then you can apply various fixes. These are some of the common fixes which you can use to solve this issue.

The first thing you need to do is to make sure that the watch is not turning on, and you can do it by restarting the device. Here’s how you can do it.

Now, if the device restarts, then the problem is solved. If it doesn’t restart, then you need to apply the next fixes.

If your Fitbit Ionic is not turning on, then it could be due to the fact that the device is not charged. You can try charging the device for a few minutes and then try again to restart the device.

If the device is not charging, then you need to make sure that the charger is functional. You can use another charger in your house to see if it charges your Fitbit ionic.

If the charger is working properly, then the last thing you can do is to check if the charging ports are clean. Sometimes the dirt gets accumulated on the ports which stop the device from charging.

If everything is okay at your end, then there can be a hardware problem with your Fitbit Ionic. You should contact the Fitbit customer support and explain to the problem, and they will further assist you on how you can fix it.

It is another very common problem with the Fitbit Ionic users, and there is only one trick that you can use. If your Fitbit Ionic is not turning on after charging, but on your smartphone, it is connected, then you can try changing the Clock Face.

This trick has worked for many people, and you can also use it. Here’s how you can do it.

Now check the Ionic; if the device is connected to the smartphone, then the display will get on. However, if it still doesn’t turn on, then it could be the hardware issue, and you should contact the customer support.

Factory Reset is one of the methods which we usually use to fix the problems on our devices, and we can do it on Fitbit Ionic too. If you have factory reset your Fitbit Ionic and it is not turning on, then you can use the following fix.

The first step is always to try to charge your Fitbit ionic. Charge the device for a few minutes and then try to restart it.

If the problem still persists, then there can be a problem with your device, and you should contact the customer support.

Also, make sure that the charger and the port you are using are clean because sometimes dirt gets accumulated, which results in charging problems.

Fitbit Ionic Won’t Turn On When I Turn My Wrist?

Fitbit Ionic comes with a Screen Awake feature, which allows the display of your ionic to automatically turn on when you raise or turn your wrist.

Recently, many users have started reporting that they have enabled this feature on their devices, but it isn’t working. If you are also facing this issue, then you can use the following fixes.

If the Screen Awake feature is not working on your device, then the main reason could be that it is not turned on. You will need to check the settings to ensure that it is turned on. Here’s how you can do it.

If the problem still persists and you have tried other options as well, then you can go for the Factory reset option. However, I would recommend you to contact the customer support before resetting your ionic as some users reported that their Fitbit is not turning on after the factory reset. If the customer support asks you to reset the device, then you can use the following steps.

Many users have recently reported that their Fitbit Ionic is not turning on after they shut down the device. The exact reason behind this problem is still unknown, and there is no official information about this problem as well, but some users are suggesting that it is due to a programming issue.

Whatever the reason is, but I have found a solution that worked well for most users, and it may also work for you. Here’s how you can do it.

This solution worked well for many users, and it should work for you as well. If the device is still not turning on, you should recharge the device and then try again.

Updates are an important part of any product as it improves the user experience on the device by offering additional or refined features. However, sometimes it can also mess up with the device, and If you have also recently updated your Fitbit Ionic and now it is not turning on, then here’s what you need to do.

According to Fitbit, the only way to fix this problem is to restart the device. Here’ show you can do it.

If the Ionic doesn’t turn on, then make sure that it is fully charged. If you are still facing the problem, then the last resort is to contact the customer support.

Here is an article on my website that you must read, its about Signs Your Fitbit Is Dying | Is It Time To Buy A New One?

Fitbit is a great smartwatch, but just like any other smartwatch, it can also run into some problems, which is completely normal. I hope that this guide helped you find the solution to the common problems of your Fitbit ionic.

If you have any questions, please let me know in the comment section below. Also, visit the website for more useful guides.