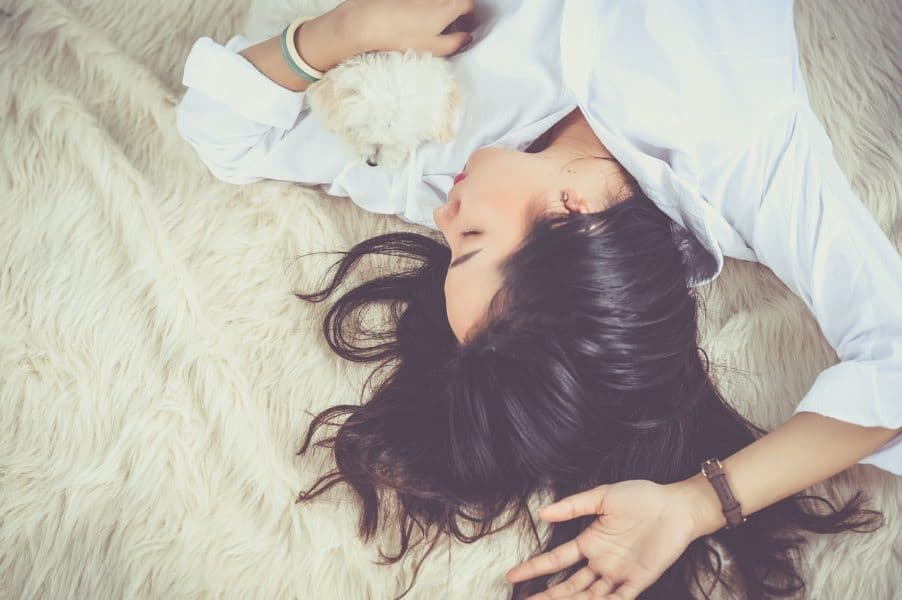 Fitbit and Germin- both have been on the top of the list as fitness tracking devices over the years. They come with lots of effective features. And of course, sleep tracking is the most convenient one.

However, in terms of Fitbit vs Germin sleep tracking accuracy, which one should you rely on? Hence, you should know every ins and outs of their sleep tracking feature.

You know the wide range of features and specifications make them quite prominent among others. Despite the upgraded versions, Fitbit tends to stay true to its origin. But what about their sleep-tracking feature?

Here is an article on my website that you must read, its about Fitbit VS Garmin For Swimming, Which Is Best?

In this article, we will compare Fitbit Vs Garmin in terms of sleep-tracking features and accuracy based on our own experiences.

In this article, we will compare and test Fitbit Vs Garmin sleep tracking accuracy based on our own experiences with these leading brands.

Fitbit: Fitbit has been on the top of the list as a fitness tracking device over the years. As the competition has grown a little more, it is striving to stay on the top even then. With the wide range of features and specifications makes it quite prominent among others. Despite the upgraded versions, Fitbit tends to stay true to its origin.

Garmin: Garmin watches are quite rapidly going up the mark and creating some extremely efficient designs to meet the current fitness tracking wearables. Providing a smooth usage, and a variety of features, Garmin has so far been successful in making a name for itself.

Your sleep schedule affects your complete routine. Your productivity, health, and well-being depend upon a healthy sleep schedule.

Mostly, a good 7-9 hour sleep at night is recommended. But with the hectic routine, it gets difficult to keep track of your sleep.

Hence, the sleep tracking feature of Garmin makes it possible for you to monitor and maintain a healthy sleep routine.

Also, you can keep track of how your sleep was, whether light or deep, and also the REM sleep tracking is available. The results keep on getting accurate, to provide you enhanced readings about your sleep.

The Phases in Your Sleep:

Each night, under normal circumstances, you go through some phases while you sleep. Your sleep does not contain uniformity and varies throughout the night.

The initial phase is light sleep which refers to relaxing your muscles and preparing them for the deep sleep phase.

Your muscle activity will slow down and your body will get soothed. As you proceed to the deep sleep, the eye muscle movement ceases completely and your heartbeat and breathing get slow.

At this stage, your body’s restoration mode gets on and your body starts recovering and building the necessary parts and muscles and also boosts up your immunity.

The last phase is REM sleep, which is the dreaming phase of your sleep. At this stage, your brain is as active as you are awake.

The REM phase is quite important in terms of memory formation and information processing. While you are asleep, you can not track and monitor these phases by yourself. Hence, you will require a sleep tracking device to make sure your sleeping hours are as good as you want them to be.

The Measuring Technique of Garmin:

Previously, Garmin solely relied on heart rate to analyze your sleep statistics and phases. Now, it has updated its measurement technique to utilize heart rate variation as a source to determine the quality of sleep.

It has enhanced the accuracy of the watches and works the whole night as a tracker while you are fast asleep. Make sure you keep it on before sleep to allow easy passage to activity tracking.

The pulse ox oximeter checks the oxygen content concentration in the person’s blood which can help in diagnosing sleep apnea. The Vivosmart 4 of Garmin has this feature enabled for the users which will certainly be a plus.

Fitbit’s new sleep tracking feature, known as Sleep Score, utilizes additional data to provide the most accurate result to you regarding your sleep.

It is based upon your heart rate, sleep time, breathing and restlessness of your body. Moreover, the scoring method makes it easier to comprehend the results for you.

After waking up, the first thing to do for Fitbit users is to check their sleep quality. That is the thing about Fitbit. It not only focuses on the duration of the sleep but also enables you to check how well you slept.

The phases of your sleep, light, deep, and REM, everything is covered and monitored with Fitbit by your side. Another addition to the tracking system is the Fitbit Sleep Score which lets you have scored for your sleeping phases and quality.

All you need to do is to get an update and you too will be able to use it. The best thing about this scoring system is that it simplifies the statistical data for you and helps you to comprehend it easily.
For those who need complete information can access the advanced data as well.

The Scoring Charts of Fitbit:

You might want to know how the whole scoring system of Fitbit works. Basically, it combines the collected data and processes it to reach a score that defines your sleep the best.

Your heart rate, sleep duration, and the phases of your sleep contribute to producing a score for your sleep.

If you further want to know how it concluded it all to a score, then the formula is the sum of all the sleeping scores including the duration, quality, restoration, and the data of how relaxed was your sleep.

All of these are summed up to a total of 100 and the average score is between 71 and 83. Each score range is rated to help you decipher whether your score is satisfactory or not. The score ranges are:

The Upcoming SpO2 Feature of Fitbit:

It has been announced that the upcoming versions of the Fitbit wearables, will have the SpO2 feature which will change the way we look at fitness wearables. As it will become a sleep diagnostician.

It is good news for people suffering from sleep apnea as the SpO2 feature enables the watch to know the concentration of oxygen in the blood, which might get a little low due to sleep apnea.

Here is an article that I have written about the SpO2 and Smartwatches with An Oximeter here!

Well, as the two most popular fitness tracking brands, Fitbit and Garmin are always in battle. Both of them have almost the same features to offer and have come up with the sleep tracking feature as well. Hence, they put up quite a competition.

To make the competition a fair game, we came up with the idea to present a review on a review based on our personal opinion. We chose Fitbit Ionic and Garmin Vivoactive 3 Music. Also, to compare between the two, we used each for a limited span of time and checked each thing side by side.

To review the Fitbit’s features, we used the Fitbit Ionic watch and it was quite a healthy and tech-savvy ride.

The numerous features it had to offer were quite satisfying. We used it for all the running, cycling, and exercising activities and the GPS worked great for all.

Moreover, we loved the music feature it had to offer so that our activities did not sound dull and had the adequate cheeriness we needed. The 2.5 gigabyte of space for music is quite something.

While using Fitbit Ionic, apart from the standard fitness features, the main concern was about how well the sleep tracking feature works, and it satisfied us quite well.

The most impressive thing we found out about it was the record is kept of the sleeping habits of a person. We even got to know our own sleeping patterns through this feature.

To add to the perks, Fitbit Ionic is able to record how many times I woke up during my sleep and has the tendency of monitoring short naps as well.

One thing that might be considered as a drawback, was the aesthetic and the design of the watch, which is not that impressive as the other features.

Whatever you want to do with your body, Garmin makes sure to track it. To check the reliability of this statement we used it for quite a time to help you know it better.

There are more than fifteen activity profiles that include running, walking, swimming, yoga and much more.

The various features and the tracking abilities of Garmin, together with the design makes a statement about the efficiency of the watch.

The name of Garmin Vivoactive 3 Music implies its musical nature which can hold all your tunes and playlists. But the real thing is whether or not it is as good in the sleep tracking feature as Fitbit Ionic.

Well, it did track our sleep time and duration, but it was not as detailed as Fitbit’s. It simply shows you the movement and sleep duration statistics. The downside of it was the inability of it to track short naps during the daytime.

Keeping the designs, features, and functionality in mind, my verdict regarding sleep tracking accuracy and the app will be in favor of Fitbit. Noticing that Garmin does not support the day naps despite the sleep tracking feature was quite disappointing.

Also, the statistical data about your sleep is much detailed in Fitbit than it is on Garmin. Moreover, the accuracy of the results that Fitbit makes possible is surely a plus. I would prefer Garmin over Fitbit in every aspect, however, when it comes to sleep tracking, Fitbit wins Garmin.