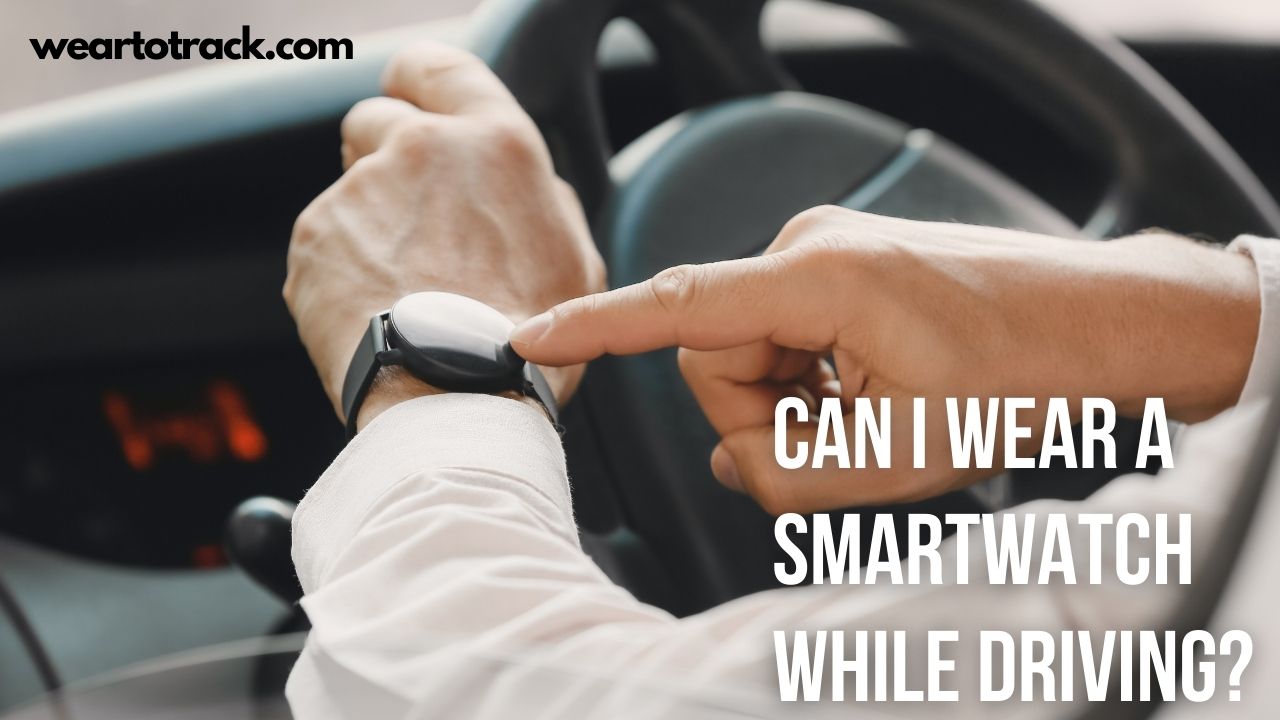 Driving is a delicate process that requires extreme caution. We must abide by some standard guidelines to drive safely and prevent accidents. For instance, using a seatbelt, not talking on a cell phone, not driving under the influence of alcohol, etc.

The issue now is whether or not smartwatches can be used while driving. It is illegal in some countries like Australia and some states of America. The UK has also stated some proposed laws, which will be actualized very soon.

It all depends on how you intend to use it. Smartwatches and conventional watches have several notable differences.

Here is a related article that might interest you on Can Smartwatch Be Repaired? Can I Do It Myself?

We have a conclusive response to this query. It will answer the questions like: can I wear a smartwatch while driving, is it illegal, or  in which countries it is illegal?

To know the answers, go on reading this article.

Can I Wear A Smartwatch While Driving?

There is basically no written statement that a smartwatch cannot be used while driving. However, using a smartwatch while driving might result in fines from the authorities in Australia and several parts of the United States.

But, just wearing a smartwatch may not cause penalties.

Is It Illegal To Use Smartwatches While Driving?

It is a matter of consideration that it is forbidden for anyone to drive in distraction. For example, it is illegal to use a smartphone while driving.

Far riskier than using a smartphone is using a smartwatch. These wrist-mounted devices force you to utilize your wrists and frequently take them off the vehicle in addition to checking updates.

You might do this and start looking away from traffic. Considering this, the use of smartwatches while driving should also be unlawful. But the purpose for which you are using the smartwatch is also a matter of consideration here. If you do something that is not distracting, it may be ignored by the police.

However, some countries have imposed fines for using smartwatches while driving, even though there is no written notice. It is lawful to verify the clock on a smartwatch. Doing so can result in legal repercussions.

Whether using the smartphone distracts you from driving is up to the police to decide. So, it is better to be careful about this, which is safe for your own life.

Here are some reasons why using smartwatches during driving is risky and should be avoided.

For these reasons, you should be careful about wearing a smartwatch while driving a car.

Driving while distracted was a factor in 21% of fatal accidents and 27% of accidents involving severe injuries in Canada. Three thousand one hundred sixty-six individuals were killed on American roadways due to distracted driving in 2017 alone. Road accidents can be avoided; human mistakes cause more than 90% of them.

Most U.S. states have rules against distracted driving; for example, most states forbid texting or chatting on a cellphone while driving. Smartwatches frequently fall outside of this prohibition.

Research must demonstrate how smartwatches distract drivers in order for legislation to be changed to forbid or restrict the usage of these devices.

The police can, however, claim the smartwatch as a distraction and punish the driver if they so choose. Therefore, it’s crucial to take precautions in this.

In Which Countries Wearing Smartwatches During Driving is Illegal?

Wearing a smartwatch during driving is not a claimed or stated crime in any country. But there are some laws about not driving in the state of unconsciousness or with anything that may distract you.

Driving with distracting things may result in fines. As per this law, smartwatches can also be prohibited while driving a car if it is considered a distraction.

While regulations differ from region to region, using a mobile phone while driving in the United States is generally prohibited. Additionally, using a smartwatch while driving is not permitted in several areas.

If somebody is hurt in a collision caused by a driver using his smartwatch while inattentive, that individual may be detained and charged criminally.

UK drivers are being cautioned that checking their smartwatches while operating a motor vehicle can result in steep fines in the near future. In March, the proposed law is expected to take effect.

Once a revised law is passed on March 25th. Wearing smart watches while driving can eventually cost drivers 100 euros and 3 points, in contrast to simply touching your phone, which carries a 200 euro fine and 6 points applied to the license in the UK.

Drivers who check their smartwatches while operating a vehicle might be fined up to 5,000 euros.

In Which Countries Wearing Smartwatches During Driving Is Not Illegal?

Generally, the countries that are developing or undeveloped do not consider wearing smartwatches while driving a crime. Countries like South Asians, Africans, or South Americans do not think it unlawful till now.

You can undoubtedly wear a smartwatch in these countries though it may cause distraction and result in accidents. Maybe, very soon, they will also think about using a smartwatch during driving.

They may make some laws of distraction and include them there in order to prevent unwanted injuries and deaths.

Also, you have to check out my post on the Best Smartwatches & Foot Pods For Running On A Treadmill.

By now, you might have got the answers to the questions: can I wear a smartwatch while driving or not.

As mentioned in this article, driving with a smartwatch and wearing and using it is not officially a crime. To consider it a crime and state it officially, some experiment or research must be done in this regard.

But some laws of distraction exist in some countries like Canada, The USE, the UK, Australia, etc. It states using all the things that can distract a driver is prohibited while driving a car. So, considering smartwatches as a cause of distraction, they can also be banned.