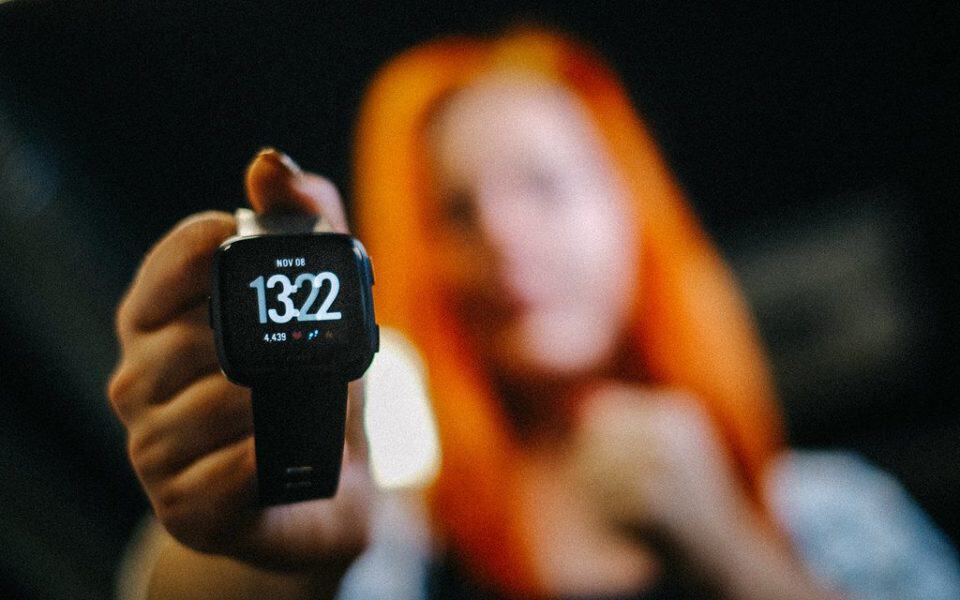 Many people are looking for ways of Connecting their Fitbit to Google fit, Pokémon Go & Samsung Health.
Another common question is – can you pair Fitbit with a chest strap?
I have decided to gather and concentrate all the information regarding these topics in this article which I hope that you’ll find useful.

No matter what fitness plan or package you are following, it is limited to some hours per day and can not track your complete performance. With the technological advancements coming up with solutions to resolve our queries, Fitbit device is now available commonly to ensure a healthy lifestyle for all. Fitbit is a wearable device and looks like a wrist band or a smartwatch which usually goes with everything and follows almost every outfit quite well. Besides the look, the features of Fitbit are what makes it handy in the health niche. It can track your steps, sleep, and calorie burn and is like a coach to watch over you all day all night. Also, it aims to diminish your health concerns and provide you an accurate overview of your overall health statistics and insights.

Before we touch this topic, let’s try to understand why connecting Fitbit to such popular apps is a complicated task while other cheap Chinese fitness bands and smartwatches will sync with them with no problem.

The Secure Network of Fitbit:

The ecosystem and community which Fitbit offers is simply the best one you can get.
It is because of the closed API system which restricts the inter-app syncing.

As a result, your personal data gets secure and privatized. Which means, each app holds its distinctive place on the Fitbit device but the data is not integrated among the apps.

Want to know more on the Potential dangers to user privacy inherent in the use of health and fitness applications – You must read this article on my website.

The development of such a system makes it the best among the others. Hence, Fitbit provides and promotes a secure platform for all the app data itself.

However, the case gets compromised when third party apps are included. Even in that case, Fitbit does not recommend synchronization of data on such a level.

Though, this method of synchronization is legal and will not get you banned. You can try that out smooth enough without a worry.

Why Do We Sync Apps?

Well, syncing apps together helps a person to enhance the in-app experiences and helps the transfer of data at a faster pace.
For example, if you sync your sleep tracking and step counting app together to your Fitbit app, then it can show you an overview of your sleep and running data in one place.

Hence, synchronization of apps and data is a step forward towards betterment. Also, a central database can be created through this app syncing method.

The Answer for both questions is, no, you cannot sync a chest strap with a Fitbit device and there is no chest strap by Fitbit available on the market at the moment.

The wrist-based HR sensors are known as pretty accurate when tracking a low to mild HR activities, however, when regarding intense and intervals workouts they seem to be very inaccurate.

This causes lots of Fitbit users, I included, to want to be able to sync a chest strap with our Fitbit device and although Fitbit’s forums are full of such requests it seems that Fitbit prefers not to allow it at the moment.

” I use Endomondo app. I use an H10 chest strap from Polar and it’s app. The Endomondo connects with both Polar and Fitbit so my workouts are now downloading into Fitbit and being saved”

I admit that I haven’t tried it and I would love to hear your experiences with it, so if you do tried it, please share your experience with us in the comments below.

Integrating Fitbit With Other Apps:

Another perk that Fitbit brings to you is access to integrate other apps with Fitbit and make the experience more exciting and fun.

Overall, the system works quite smoothly even with other apps integrated into it.

Though the thing with third-party apps is they store your data according to their privacy policies and Fitbit is not responsible for it.
Nor can Fitbit remove the data they have stored in them. Which is sort of a risky move, but if you are okay with it, integrating it with third-party apps works smooth enough.

Unfortunately, in some cases, even third-party app integration does not work.

The tech giant Google has teamed up with WHO( World Health Organization) and brought us the Google Fit app.

A high-rated and free app with health and activity tracking mechanisms, Google Fit is a remarkable app to open doors to a healthy and fit life both on Android and IOS devices.

The features of Google Fit have so much to offer to your healthy lifestyle. It can calculate your move minutes, which means that you will be able to have an overview of how much activity you have done this whole time.

One such feature in Google Fit is the Heart Points which concludes in the active movements that you have gone through which enhanced your heart rate.

After all, a healthy heart rate leads to a healthy body. Google Fit also includes tracking your walk, run, and bike rides, it can monitor your activity plans plus can integrate with your favorite apps.

This and much more can happen with the Google Fit app. One thing to note down is that GoogleFit as all other health apps serves as fitness trackers, not a medical device.
Hence, it tracks your activity statuses only, not the medical measurements.

Syncing it with Fitbit – Fit to Fit and Health Sync app

If you are aiming to enhance the functionalities of Google Fit app, syncing it with your Fitbit sounds like the best idea to do it.

Of course, keeping your phone with you all the while you run and workout can be burdensome.

Integrating Google Fit with your fitness band can do the trick for you. Unfortunately, you can not directly connect Google Fit with Fitbit as it is not one of the compatible apps.

But to resolve this problem, we can guide you on how you can still integrate it with your smart Fitbit.

As we know, the Fit to Fit app is compatible with Fitbit and so does it support Google Fit. So, if you integrate your Fit to Fit with Google fit, all your data from Fitbit can get in the app and you can have your expected results.

The FitToFit app receives tons of great feedbacks and it is available for free on Google play store.

Another app that works great is Health Sync which we recommend also at the end of this post as a solution for connecting Fitbit to Samsung Health.

Moreover, it is a legit and legal way to integrate Google Fit with Fitbit.

If you had been one of the Pokémon fans and want to explore the world of Pokémons, then be ready to be a part of this virtual augmented reality game.

Rated and declared to be the best mobile game globally. Compatible with smartphones, this game is based on the invasion of Team Rocket on earth and has the aim to save all the Pokémon.

The requirements of this game include a GPS enabled device and does not work with tablets. It is adventuresome and exciting with the challenges it offers you to complete.

Winning awards and ratings, it may be one of your favorite mobile games. Hence, we offer some handy solutions to improve your experience with this fun game.

It is a free game and has successfully made its way in the global world through its venturesome nature.

With Pokémon Go introducing its latest feature – Adventure Sync, even your steps are now counted and rewarded.

Adventure Sync is a new feature that enables players to track and import walking distances from Google Fit and Apple Health app into Pokemon GO, even when Pokemon GO is not running

Hence, your distance matters when you go searching for a Pokémon.
To intensify your fun, wouldn’t it be great syncing it with your Fitbit?!

It will help you have all the fun even when your phone is away and can help you know your step count.

As for now, there is no way of syncing between Fitbit and Pokémon Go.
Official support for Fitbit integration with PokemonGo is currently listed as “Under Consideration” with Fitbit.

Since Pokemon Go can sync with Google Fit, one might think that using the FitToFit app mentioned earlier will work, unfortunately, it doesn’t.

Samsung Health is an app filled with all the specified features needed for your fitness and health’s betterment.

It is not only restricted to step count and activity tracking but has much more to it than the other health tracking apps have to offer you.

It includes mind-calming features such as relaxing music, meditation, and stories that can soothe your senses and bring peace to your mind and soul.

You can also set your health and fitness goals on Samsung Health which will then monitor and coach your activities and workout according to the goals.

Your sleep schedule and duration will be maintained with Samsung Health. The best thing about it is the overview you can get about your activities and their results plus the insights about how you can improve.

It is like a friend motivating and watching over you to help you take your fitness goals seriously.

You can integrate it with other apps to make it a more powerful and healthy experience for yourself.

Although it is free, you will need to purchase some in-app content for a better and upgraded experience.

Samsung has updated its Health app on the 1st of September 2019 and it is no longer compatible with Fitbit, nore with many other popular apps.

You can read more about it in this related article on this website.

I really hope that I helped you with making some sense regarding Connecting Fitbit to Google fit, Pokémon Go & Samsung Health.