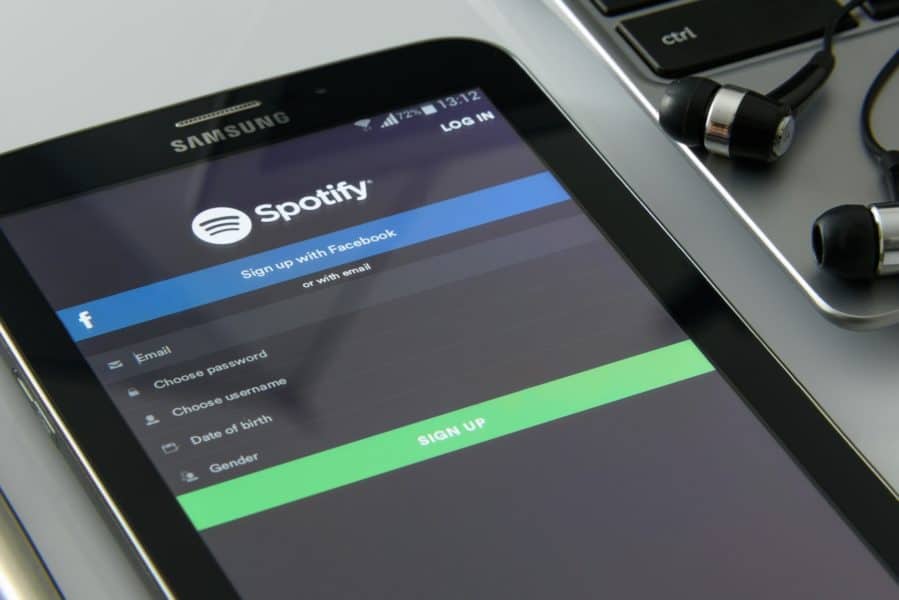 In this article, I will recommend some of the best fitness trackers/Smartwatches with Spotify and music storage for a perfect training experience.

A lot of fitness buffs opt for fitness trackers to keep up with their workout routines and also harvest data from their daily laps and sessions. This then lets them tweak their workouts and their routines in a very personalized and active way. Smartphones aided with the computational power required to utilize the data and wearable technology helped harvest it. Apart from keeping track of your activities and providing you with updates here and there, wearable tech has now evolved to offer other services too. One such godsend is music.

Runners and weightlifters find their routines to be enhanced with music.

They can time their reflexes to the beat and really get into the session with their power songs. However, having a separate device to play music and another device to track activities doesn’t sound like that much of a smart solution.

That’s where the need for a wearable with music support stemmed from. Now that you’ve been liberated from the chore of managing two devices, wouldn’t it be great if you could play music from your Spotify playlists?

what fitness trackers & Smartwatches have Spotify?

The Garmin Forerunner 645 M has got you covered. This is quite revolutionary as quite a lot of wearable tech does not have Spotify support.

You’d have to get a smartwatch for that and those are not exactly tailored for fitness-centric use.

The M in the Garmin 645 M stands for music and it is all about that. Garmin and Spotify only recently teamed up and made it possible for wearers to sync their Spotify playlists and stream them directly from the device; a feature only specific to Apple Watch and Samsung Gear Sport before.

This feature coupled with the fact that the Forerunner has a reputation of being a top-notch fitness tracker suited for a plethora of activities makes it a tough competitor.

The Garmin Forerunner also does quite well for itself on other fronts too and is available on Amazon.

The dimensions of the dial are smart enough to make it comfortable and easy to wear while at the same time sleek enough for it to be stylish.

Because the 645M isn’t all that bulky, it is perfect to wear for running, cycling and swimming. It has a 5ATM waterproof rating just to reinforce the fact that you can take it swimming with you.

There is no touchscreen display however and the physical buttons are responsible for navigation.

The buttons are quite tactile and the immediate feedback feels quite natural. The optical heart rate center sits quietly at the base of the watch and does its job effectively.

The straps are very comfortable even when you’re exercising making it a very good option to consider.

Similar to other sports watchers, however, it has a tendency to accumulate sweat which might be a bit of nuisance if you wear the strap too tight.

The features that the Garmin Forerunner 645 M offers are of the same standard as other Garmin high-end watches.

The staple features it comes bundled with are a GPS, altimeter, pedometer, compass, gyroscope, accelerometer, and thermometer just to name a few.

All of these features are then subjected to different kinds of routines based on their nature such as cycling and swimming.

The GPS tracker is quite effective, staying true to the Garmin name and data from activity tracking is very accurate as well.

The heart rate monitor especially is able to distinguish your resting and elevated heart rate quite accurately and during your sessions as well.

As music happens to be the selling point of the Garmin Forerunner 645 M, it does quite an impressive job on that front.

The 645 M has local storage that lets you store up to 500 songs meaning you can listen to your workout mix even if your phone isn’t connected to the internet or has a low battery.

The process of syncing songs from your computer is easy and intuitive as well. It pairs up with Bluetooth headphones and you can also sync playlists from online services which you can then listen to offline.

You can also get notifications and updates from your phone as well.

The Fitbit Versa 2 comes in a rectangular, familiar structure, reminiscent of the Apple Watch.

On the left side, there is a single button for controlling the interface and performing various operations, while the other control will be done through the touch screen.

Check out the Fitbit Versa 2 current price on Amazon.

This is a colorful OLED screen with a maximum brightness of 1000nits, which supports the Always On Display feature that displays the time on the watch screen regularly.

Fitbit’s new smartwatch comes with Amazon’s Virtual Assistant – Alexa and Spotify built-in, and features a range of features that are expected to be quite attractive to sports fans: a 24-hour pulse meter monitoring, sleep monitoring, and water resistance up to 50 meters deep, enabling monitoring of the user’s swimming abilities.

In addition, the Fitbit Versa 2 features over 15 different fitness modes with automatic detection and tracking (running, swimming, cycling and more). The ability to monitor menstrual cycles for women, and lets you create personalized reminders for exercise.

The device includes a pedometer and distance meter, the possibility of monitoring the floors that the user has climbed during the day and a 3-axis accelerometer.

The Fitbit Versa 2 battery life is about 5 days in one charge, at least according to the American manufacturer.

The watch supports both iOS and Android and comes with a dedicated silicone strap of various sizes.

I have recently written about the Fenix watches in an article on the most accurate sport watches.

It’s a pretty solid device that excels as a fitness tracker and also gets you some features of a smartwatch as well. The Garmin brand of hardware and tech provides you with reliable and accurate tracking data as well as a battery life of 7 days on normal use and 12 hours on GPS tracking. It’s a bit pricey, but it really pulls through for you and it is, in my opinion, the best Fitness Tracker with Spotify in 2019.