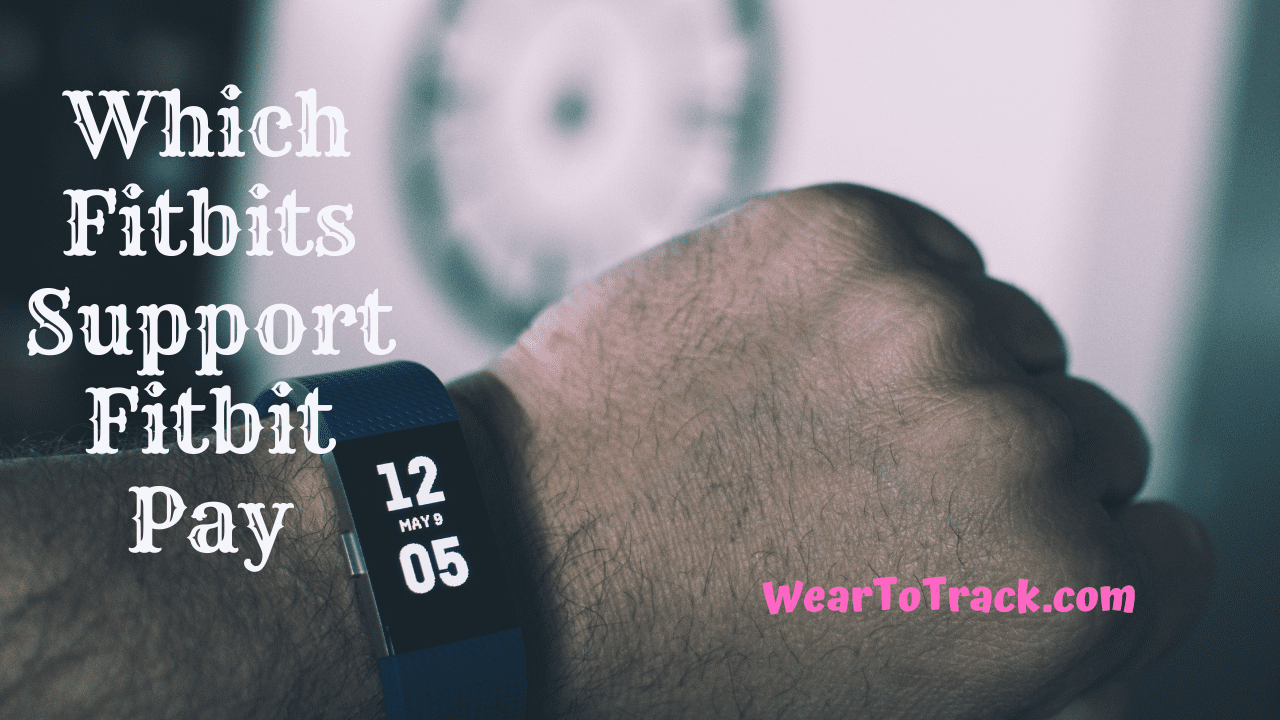 Fitbit is one of the biggest smartwatch companies globally, and it’s owned by Google. The company offers a variety of smartwatches and fitness trackers, which you can use for various tasks, including paying for your shopping via Fitbit Pay.

If you are also interested in using Fitbit Pay and want to know which Fitbits support it, this guide is for you.

In this WearToTrack Guide, we will share the smartwatches that support Fitbit Pay, and we will also tell you about everything you need to know about Fitbit Pay.

What is Fitbit Pay?

If you are completely new to it and want to know the basics of Fitbit Pay, this section is for you. Fitbit Pay is basically a contactless payment system that allows you to pay for your stuff without sharing your card details. It uses Near-field Communication (NFC) technology which allows your Fitbit to pay for your shopping by using the tap of your device.

The reason why contactless payment systems such as Fitbit Pay are so popular is that they offer better security as compared to debit or credit card payments. In a conventional way, when you pay for your stuff, you use your debit card and share its information with the vendor. However, when you use Fitbit Pay, you use a token with the vendor which expires after a certain time, and in this whole process, your card details won’t be used.

Now that you know about Fitbit Pay let me tell you about the best Fitbits that support Fitbit Pay in 2022.

Fitbit Sense is the newest smartwatch in Fitbit’s arsenal, and the company is dubbing it a “Health smartwatch” because it comes with many health-centric features such as ECG, SPO2 Sensor, skin temperature monitoring, stress monitoring, and more.

In this smartwatch, you also get Fitbit Pay which you can easily set up using your smartphone, and once it’s set up on your Fitbit smartwatch, you can use it to pay for your stuff.

Fitbit Versa 3 is another very popular smartwatch which is also launched recently, and it’s the third generation of the Fitbit Versa Lineup. On this smartwatch, you get features such as stress monitoring, activity monitoring, heart-rate monitoring, workout tracking, GPS, and more.

Like Fitbit Sense, Fitbit Versa 3 also comes with NFC, which means that you can easily set up Fitbit Pay on it and use it for contactless payments.

Fitbit Charge 5 is a top-of-the-line fitness tracker by the company, and if you look at its features, it puts many budget smartwatches to shame. It’s probably the only mainstream fitness tracker in the market that comes with ECG, which you can use to measure your ECG from your wrist. On top of that, it comes stress monitoring, health metrics, daily readiness, and other advanced features which you can use to stay in shape and improve your fitness.

In Fitbit Charge 5, you also get Fitbit Pay which allows you to pay for your shopping without providing your credit card details.

Other Fitbits that support Fitbit Pay

Which Countries Support Fitbit Pay in 2022?

Fitbit Pay is a popular system, but it’s not available all over the world, and only 50 countries support it. So, if you are from a country that is not on this list, it means that you won’t be able to use Fitbit Pay, and you will need to look for its alternatives. These are the countries that will support Fitbit Pay in 2022.

Which Fitbit Has NFC?

The following Fitbits have an NFC chip in 2022.

Does Fitbit Luxe have Fitbit Pay?

I don’t think that Scotia Bank supports Fitbit Pay because its name is not available in the list of banks that support Fitbit Pay.

Can I use my Fitbit to Pay?

These are the Canadian Banks that work with Fitbit Pay.

Fitbit Pay is a very secure system for contactless payments, and if you use it, you provide an additional layer of security to your bank account and debit/credit card. In this comprehensive guide, you learned which Fitbits supports Fitbit Pay.

I also shared the details of countries and Banks that support Fitbit Pay. Now you tell me, what you think about Fitbit Pay? Have you used contactless payment systems in the past?

How was your experience? Let me know your thoughts in the comments.